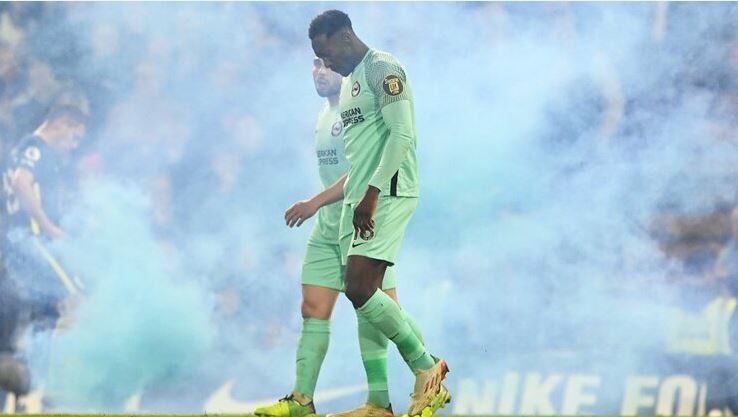 Both teams appeared to be attacking threats in the early minutes, but neither goalie was overworked. After flailing at a cross in the 17th minute, César Azpilicueta’s shot was deflected into the post, and Robert Sánchez was fortunate.

There was a blow for Chelsea, as Reece James was forced off through injury before the half-hour mark. However, ecstasy quickly followed as Romelu Lukaku added to the score on his comeback against Aston Villa, heading home Mason Mount’s corner throw.

After going behind, the ‘Seagulls’ rallied impressively, with Adam Lallana forcing a save from Édouard Mendy, while Tariq Lamptey’s attempt sailed narrowly over the crossbar and Alexis Mac Allister’s effort from range was saved just before half-time.

Andreas Christensen, who had been out for much of the first half due to injury, was also replaced during the break. There were further scares for the ‘Blues’, as Jakub Moder’s flick kissed the crossbar on its way over before Mendy’s clearance was blocked by Neal Maupay.

In spite of  Brighton’s pressure, Callum Hudson-Odoi had the goal at his disposal in the 56th minute, but his ball was intercepted. Within seconds, the ‘Blues’ were almost punished when Maupay’s shot sailed agonizingly beyond the post. Soon after, the Frenchman had another chance after Mac Allister had lured Mendy out of his goal, but Antonio Rüdiger’s block denied him. From a promising position, Lallana crashed his shot over the crossbar.

Mason Mount, Romelu Lukaku and N’Golo Kanté all had late shots blocked, which proved damaging when Danny Welbeck rose to head in Marc Cucurella’s cross in injury time, seeing Brighton salvage a point after the 85th minute for the fourth time this season. Meanwhile, Chelsea has now drawn four of their last five Premier League matches at home.

Full time at Stamford Bridge it is Chelsea 1-1 Brighton, the Seagulls will take this point with so much happiness while the Blues will see it as two points drop and a dent on their title chase.

Chelsea welcomes title rivals Liverpool in the Premier League kickoff is @ 4:30 pm on Sunday, January 2. Brighton will travel to Everton on the same day, with kick-off at 2 pm.