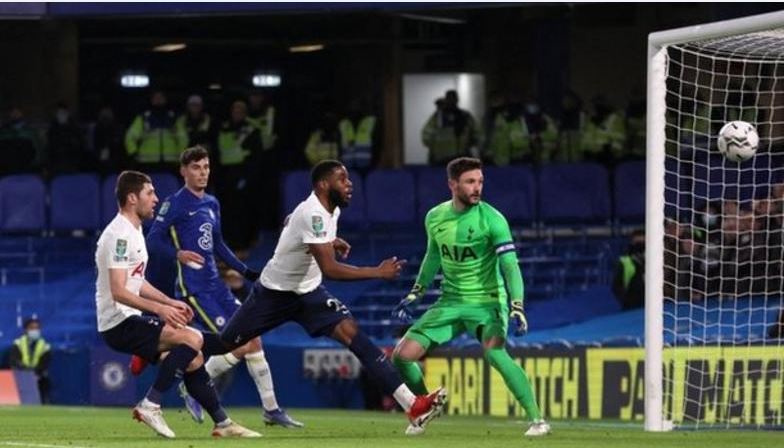 Chelsea rightly won the first leg of the Carabao Cup semi-final against Tottenham, but they had so many chances that they should have buried and made the return leg to White lane a less important tie. Spurs were second best all through the game.

Japhet Tanganga headed the ball against teammate Ben Davies’ shoulder and it sailed into the net for the Blues’ second goal.

Romelu Lukaku, who returned to the club following a one-game suspension for comments he made in an interview, had a couple of chances but shot wide from close range.

Spurs, who switched to a back four following a disastrous first half, didn’t get a shot until the 50th minute when Kepa saved Harry Kane’s free-kick.

Spurs will need to be considerably better in the second leg in a week to have any hope of making it to Wembley.

The other semi-final features Liverpool and Arsenal, who will play on January 13 and 20 after the first leg was rescheduled due to Covid cases in the Liverpool camp.

MUST READ:  Mohammed Salah tells Jurgen Klopp to play him against Foxes

Both teams kick off their FA Cup campaigns at the weekend in the third round. Chelsea will welcome non-League Chesterfield on Saturday (5.30 pm), while Tottenham Hotspur welcome League One side Morecambe on Sunday (2 pm).

Related Topics:Carabao Cup updates
Up Next