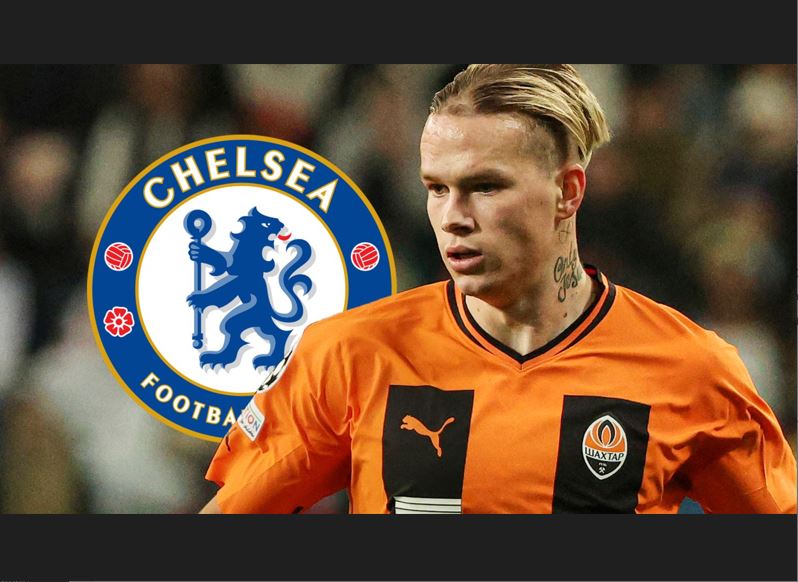 Mudryk had previously shared cryptic posts on social media that suggested he could join Arsenal.

MUST READ:  I have Been A 'Shitty' Husband,Father-2baba Seek Forgiveness From Annie And His Kids

London club Chelsea has now signed the 22-year-old after they agreed on a deal with Shakhtar Donetsk on Saturday night.

Meanwhile, Arsenal was his preferred club as his social media posts indicate. It was believed that Arsenal remained in talks as recently as Friday but was prepared to walk away from the transfer if the deal was not right.

“I’m so happy to sign for Chelsea,” Mudryk said.

“This is a huge club, in a fantastic league and it is a very attractive project for me at this stage of my career. I’m excited to meet my new team-mates and I’m looking forward to working and learning under Graham Potter and his staff.”

Todd Boehly, Chelsea chairman, and Behdad Eghbali, co-controlling owner, said: “We are delighted to welcome Mykhailo to Chelsea. He’s a hugely exciting talent who we believe will be a terrific addition to our squad both now and in the years to come. He will add further depth to our attack and we know he’ll get a very warm welcome to London.”