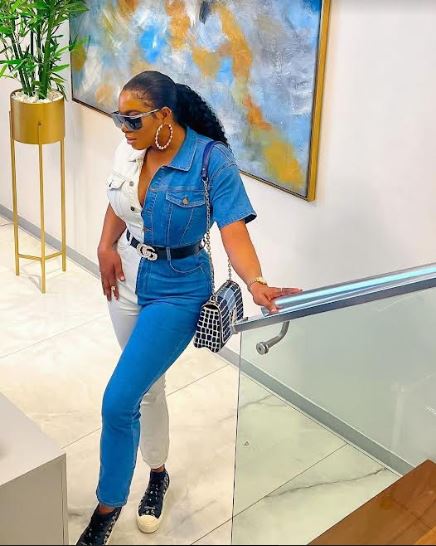 Nollywood actress, brand influencer and television personality, Chika ‘Nancy’ Ike took to Instagram to share striking photos of herself and state what is responsible for her striking look.

Chika said her striking look should be blamed on ‘Mexican Tacos’.

The actress rocked a white-blue jeans jumpsuit, dark sunglass and held a Louis Vuitton designer handbag in the gorgeous photos. 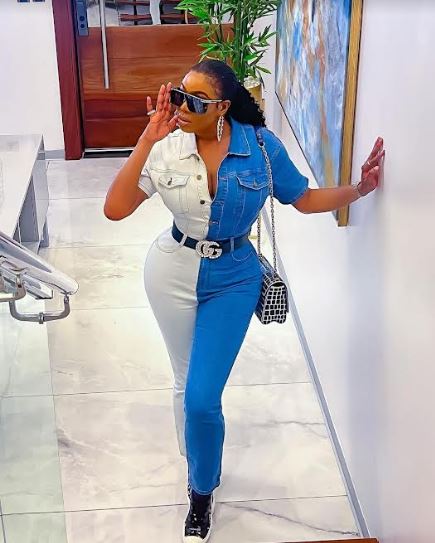 “Blame it on the Mexican tacos 🌮 😜 #slimthick

Have a productive week,” she captioned the photos.

Mexican Taco is a traditional Mexican food consisting of small hand-sized corn- or wheat-based tortilla topped with a filling. The tortilla is then folded around the filling and eaten by hand. A taco can be made with a variety of fillings, including beef, pork, chicken, seafood, beans, vegetables, and cheese, allowing for great versatility and variety.

Recall in July, Chika was on vacation in Cancun, Mexico and she shared sizzling bikini photos from her vacation. 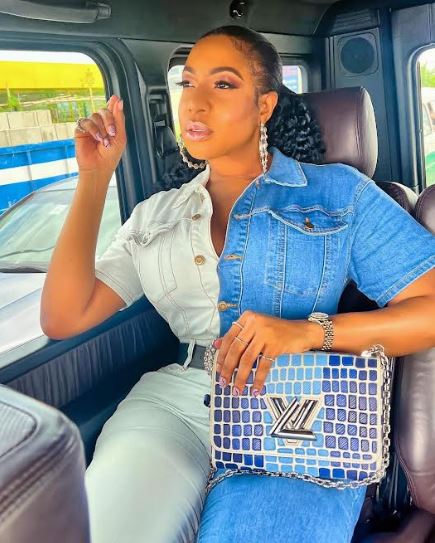 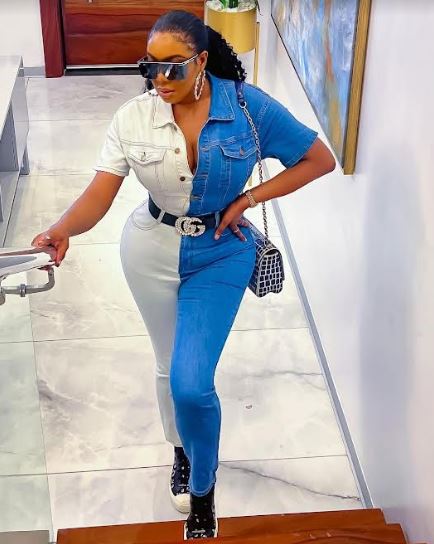 I have Been A ‘Shitty’ Husband,Father-2baba Seek Forgiveness From Annie And His Kids

I Was Raped By My Uncle At Age 15-Celeb Stylist,Toyin Lawani