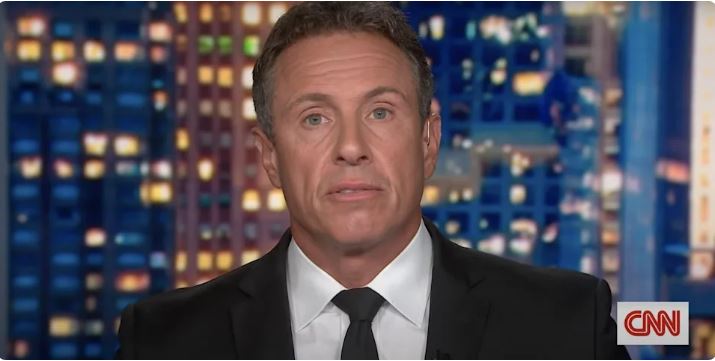 Chris Cuomo was recently fired by CNN for helping his Brother Former New York Governor Andrew Cuomo when the latter was involved in sexual harassment complaints from eleven Women.

Chris Cuomo intends to sue CNN if he is not paid the $18 million owed to him under his contract according to reports. This action will be no surprise because reports have it that CNN does not intend to pay Chris Cuomo.

According to many sources, Chris Cuomo hired a lawyer to sue CNN for $18 million, the remaining worth of his former contract with the network.

MUST READ:  Anger As Lady Dies After Plastic Surgery;Police Investigate

Chris Cuomo’s efforts went further than he stated, according to documents from the New York Attorney General’s office. As Insider’s Azmi Haroun, Charles Davis, and Jake Lahut revealed, it included leveraging media sources to find more about one of his brother’s accusers.

Insider reached out to Freedman’s company for comment, but they did not respond right away.

According to the Washington Post, Cuomo is attempting to secure the remainder of his CNN contract money. According to Variety, the anchor inked his most recent contract with CNN in April 2020.

According to the Post, Cuomo’s four-year contract was for $6 million per year, so if he sues CNN, he will be seeking an additional $18 million.

Bryan Freedman is a well-known Hollywood attorney. Kevin Spacey, Michael Jackson’s estate, and Megyn Kelly have all had issues handled by his firm, Freedman + Taitelman.

Kelly’s situation is similar to Cuomo’s. According to CNN, she departed NBC in 2019 under acrimonious circumstances midway through her contract but was able to secure the full $69 million value through her lawyer.

According to the New York Post, Chris Cuomo intends to sue CNN for potential damages. CNN apparently has “no intention of paying Cuomo a penny,” according to an alleged CNN insider.

According to the Washington Post, CNN’s contracts include a morals provision that allows it to terminate anyone who damages the company’s reputation. CNN representatives did not immediately reply to a request for comment from Insider.

CNN is reportedly working with Daniel Petrocelli, who successfully fought a Department of Justice attempt to halt a merger between Time Warner and CNN owner AT&T in 2018.

Petrocelli’s company also did not respond to Insider’s request for confirmation right away.

On Monday, Cuomo announced on Instagram that he will “take a step back” from his SiriusXM weekday radio show.