In-depth Match report as Romelu Lukaku’s first-half goal sends Chelsea through to the Club World Cup final as they defeated Al Hilal 1-0 in Abu Dhabi; Al Hilal had an opportunity to level scores in the second half but was denied by  Kepa Arrizabalaga; Chelsea will lock horns with Brazilian side Palmeiras in the final on Saturday.

Romelu Lukaku’s goal in the first half was all Chelsea needed to march into the Club World Cup final as they manage the game effectively to defeat Al Hilal 1-0 in Abu Dhabi.

Club World Cup: Lukaku put Chelsea ahead in Wednesday’s semi-final at the Mohammed Bin Zayed Stadium with a close-range shot after Kai Havertz’s cross deflected off a defender and fell beautifully for the Belgium international to break a five-match goal drought. Chelsea will face Palmeiras of Brazil in the final on Saturday.

Chelsea assistant Zsolt Low, who stood in for Thomas Tuchel who is absent because of Covid said this about Lukaku: “Everyone’s very happy Lukaku scored, he fought very hard and tried hard in the game,”

“That’s why we give him the chance all the time. We hoped for a bit of luck to score today. He’s very happy, we’re very happy and hope he continues and scores in the final.”

MUST READ:  BBNaija Season 7:Modella Evicted From The Show

As Chelsea lost control of the game in the second half, Saudi Arabian side Al Hilal, the AFC Champions League winners the previous season, pressed hard for an equaliser, but Chelsea’s Kepa Arrizabalaga proved to be the hero. 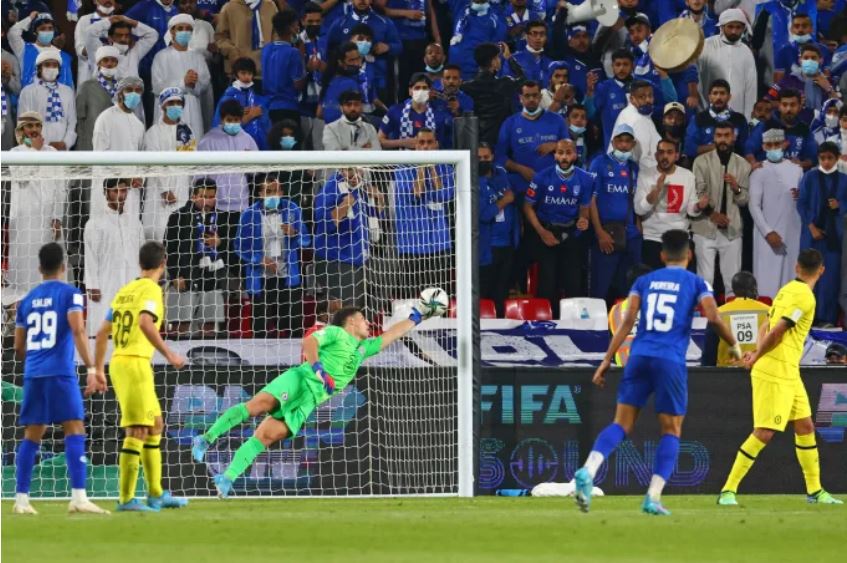 Moussa Marega and Mohamed Kanno came close, but the Spaniard made a couple of outstanding saves to see Chelsea through the contest. Palmeiras, the Copa Libertadores champions from last season, who beat Al Ahly on their way to the final, are currently the only team standing between Chelsea and a first-ever world title. Since Roman Abramovich gained control of Chelsea in 2003, the Club World Cup is the only prize the club has not won.

They came close to winning the Club World Cup in 2012 but were defeated 1-0 in the final by Brazilian side Corinthians in Japan, the last time a European team failed to win the competition.

“We worked very hard, we missed a bit of freedom and rhythm. We started a little nervous, it was not easy. We fought hard for it to find a solution.

“My opinion is the solution was there but we didn’t find it easily. We missed a bit of rhythm in this game but we fought hard to get the result and reach the final.

“This competition is very important for the club. The players felt the pressure and that’s why we failed to find the easy solution and score goals.

“The players did well. We didn’t concede and had a lot of opportunities to score a second.”

Zsolt Low continued: “We hope Thomas Tuchel can travel as soon as possible.

“As I said before he’ll follow the government rules. He’s in self-isolation now and doing a Covid PCR test every day.

“Once he tests negative it opens the possibility to travel. Every day we wait for it. We wish he can come to enjoy the final.

“We talked to Thomas at half-time and had a good conversation. He had the same feeling that we were a little nervous and had a lot of easy ball losses. We talked about telling the guys to calm down, find the rhythm and not fight
so hard for solutions.

MUST READ:  "Thank You For Caring For Our Son"-Ubi Franklin Appreciates 3rd BabyMama,Siyo On Her Birthday

“We had a good conversation. After the game we’ve not spoken yet; maybe a bit later we can talk to each other.”

The use of automated offside technology has been tested, but how does it work?

FIFA is testing semi-automated offside technology (SAOT) for this year’s Club World Cup in the hopes of implementing it at the World Cup in Qatar next year.

The governing body of football in the world wants to find a solution to the extended pauses we’ve come to expect when officials try to make a judgement on close offside calls.

Artificial Intelligence software is utilized to track each player, allowing for a clear – and quick – determination of whether or not a player is onside. Delays will be a thing of the past, as animated graphics may be displayed on stadium large screens in just three seconds.

While the technology played no part in Wednesday’s match between Chelsea and Al Hilal, it did prevent the UAE’s Al Jazira from scoring in Thursday’s Club World Cup match between Tahiti’s AS Pirae and the United Arab Emirates’ Al Jazira.

The chairman of FIFA’s Referee Committee, Pierluigi Collini, was emphatic that the new technology should not be interpreted as “robot offside,” emphasizing that match officials will still have the final say.