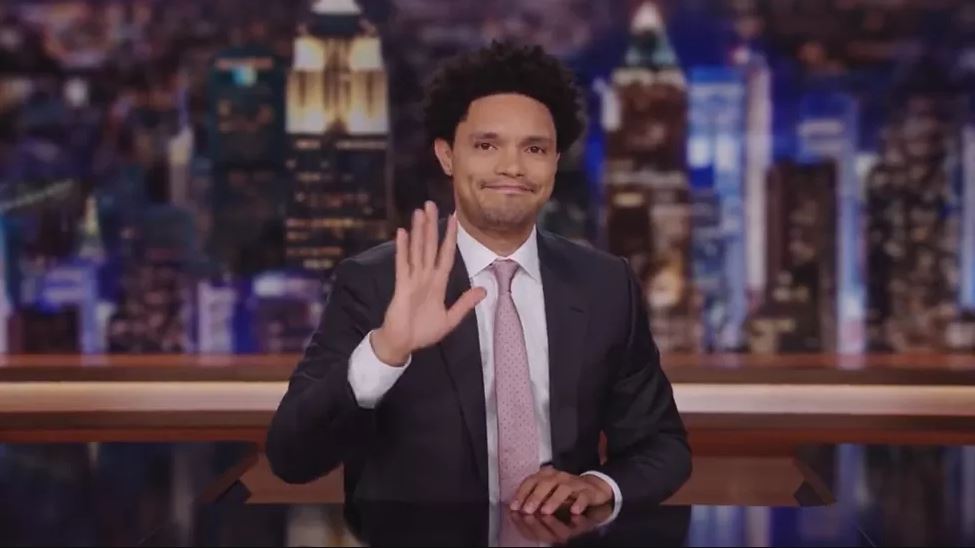 South African Comedian, Trevor Noah has announced he is stepping down as host of The Daily Show.

Trevor Noah, a South African comedian and television host, has announced his departure from “The Daily Show” seven years after taking over the show from Jon Stewart.

Noah, who announced his departure at the end of his broadcast on Thursday night, stated that he wanted to devote more time to stand-up comedy.

Noah said he was “filled with gratitude for the journey” but that there was “another part of my life that I want to carry on exploring”.

Since taking over for Jon Stewart in 2015, the 38-year-old has hosted the satirical news and talk show.

He stated that the date and time of his departure would be announced later and that he would continue to host in the meantime.

Noah began his career in South Africa, where he released a number of stand-up specials and hosted a late-night talk show before moving to the United States in 2011.

When he was chosen to take over the Daily Show on the Comedy Central network, he was still a relative unknown, but he has since become an internationally recognized star and won numerous television awards.

Noah made the announcement at the end of his show on Thursday night, prompting shocked gasps from the studio audience.

He thanked the show’s crew and loyal fans for an “amazing seven years”, adding: “It’s been wild, truly wild”.

MUST READ:  Banky and I did a 'collabo',he's perfect-Adesua Etomi gushes over result from 'collabo'(photos)

“I remember when we first started… so many people didn’t believed in us,” he said. “[Appointing me as host] was a crazy bet to make. I still think it was a crazy choice, this random African.

“I just [find] myself filled with gratitude for the journey. It’s been absolutely amazing. It’s something that I never expected.”

He stated that after everything that has occurred during his tenure as host of the show, including Donald Trump’s presidency and the Covid pandemic, he has decided that his “time is up, but in the most beautiful way.”

“I realised there’s another part of my life that I want to carry on exploring. I miss learning other languages, I miss going to other countries and putting on shows. I miss just being everywhere and doing everything.

“I’m really grateful to a network who believed in this random comedian nobody knew on this side of the world.

“I never dreamed that I would be here. I sort of felt like Charlie and the Chocolate Factory. I came in for a tour of what the previous show was, and then the next thing I know I was handed the keys.

“All I can say is thank you very much.”

Related Topics:featuredinternational celeb news
Up Next