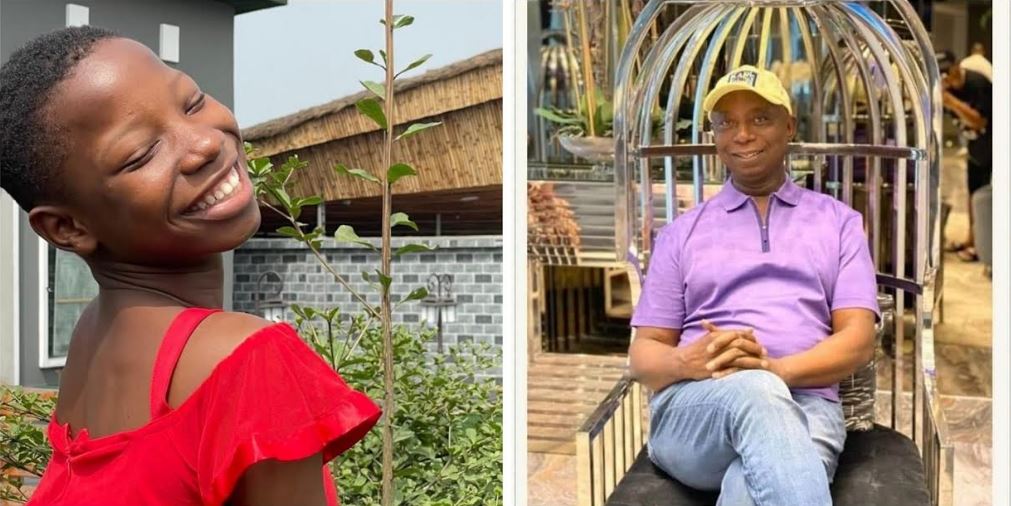 Gossip circulated that the polygamist, who is married to Regina Daniels, was attempting to marry the teen sensation.

The content creator refuted the story over the weekend, calling it fake.

Peace Samuel wrote: “I don’t know how true it is. That Ned Nwoko is already receiving a marriage list from your parents.

“Pls if true…please don’t spoil your future. U don’t know what marriage is”, the fan added.

On Friday, a tweet by @PHCJagaban sparked outrage and angry reactions.

The tweet reads: “Ned Nwoko is currently in talks with Emmanuella’s family over a marriage proposal list, though the fee was undisclosed owing to family refusal.

Emmanuella was born on July 22, 2010, the comedienne is one of Africa’s most popular, with over 16 million social media followers. 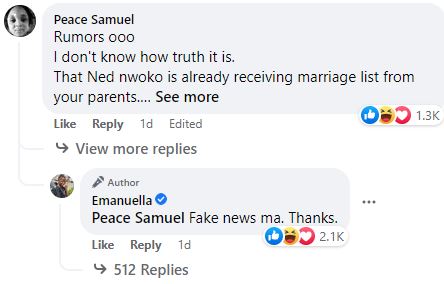 Money Doesn’t Increase The Quality Of Life In Nigeria-‘Ego’ Hitmaker,Djinee

Yul Edochie First Wife, May Is An Epitome Of Elegance As She Slays In A Floral Gown