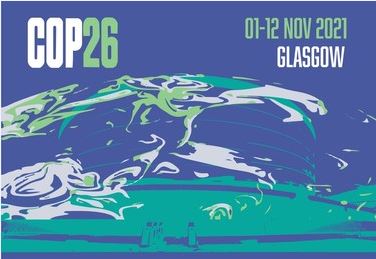 At the COP26 meeting in Glasgow, a deal was reached to prevent disastrous climate change.

COP26:a new global climate agreement reached in Glasgow is a significant step in addressing the menace of polluting our atmosphere.

To see all these nations commit to this new agreement on global climate change is a welcomed development and a step in the right direction.

The Glasgow Climate Pact is the first-ever climate agreement to include a goal to eliminate coal, the most polluting fossil fuel.

The agreement also calls for more immediate emission reductions and more funding for underdeveloped nations to help them adapt to climate change.

However, the pledges do not go far enough to keep global warming to 1.5 degrees Celsius.

A pledge to phase out coal that had been included in earlier drafts of the negotiations came to a dramatic end after India led the charge against it.

Bhupender Yadav, India’s climate minister, questioned how developing countries could promise to phase out coal and fossil fuel subsidies when they “have yet to address their development ambitions and poverty alleviation.”

Ultimately, governments agreed to “step down” rather than “phase out” coal, despite considerable dissatisfaction. Alok Sharma, the President of COP26, expressed his “deep regret” for the way things had turned out.

However, he stressed the importance of safeguarding the agreement as a whole.

Antonio Guterres, the UN Secretary-General, stated: “Our fragile planet is on a knife’s edge. We’re still on the verge of a climatic disaster.

“It’s time to go into emergency mode, or our chances of getting to net-zero are nil.”

Simonetta Sommaruga, Switzerland’s environment minister, said: “We are deeply disappointed that the language we agreed on regarding coal and fossil fuel subsidies has been watered down further as a result of an opaque procedure.

“This will not put us closer to 1.5C, but it will make it more difficult to reach it,” she continued.

“Our delicate world is dangling by a thread,” UN Secretary-General Antonio Guterres remarked. We’re still on the verge of a climatic disaster.

HOW THE FINAL DAY UNFURL…

As part of the accord, governments have agreed to meet next year to commit to even more significant carbon reductions in order to fulfil the 1.5°C objective. If current pledges are met, global warming is expected to be limited to 2.4 degrees Celsius.

Scientists predict that if global temperatures rise by more than 1.5 degrees Celsius, the Earth will suffer severe consequences, including millions of more people being exposed to intense heat.

Friends of the Earth International’s Sara Shaw said: “It’s nothing short of a sham. It’s pointless to mention 1.5 degrees if there’s no commitment to deliver it in the agreement. The United Nations Conference on Climate Change (COP26) will be remembered as a betrayal of the global South.”

MUST READ:  OPEC Secretary-General,Barkindo Has Passed Away

Developing countries were dissatisfied with the lack of movement on “loss and damage,” the concept of wealthy countries compensating poorer countries for climate change effects they can’t adapt to.

Despite the reduction of language around coal, some observers may view the final agreement as a win, pointing out that it is the first time coal has been referenced clearly in a UN treaty of this nature.

Coal accounts for over 40% of CO2 emissions each year, making it critical in efforts to stay below the 1.5°C target. Global emissions must be lowered by 45 per cent by 2030 and almost zero by mid-century to fulfil this objective, which was agreed upon in Paris in 2015.

However, ActionAid policy director Lars Koch said it was disheartening that only coal was addressed.

“This provides the rich countries a free pass to continue exploiting and polluting for nearly a century,” he remarked.