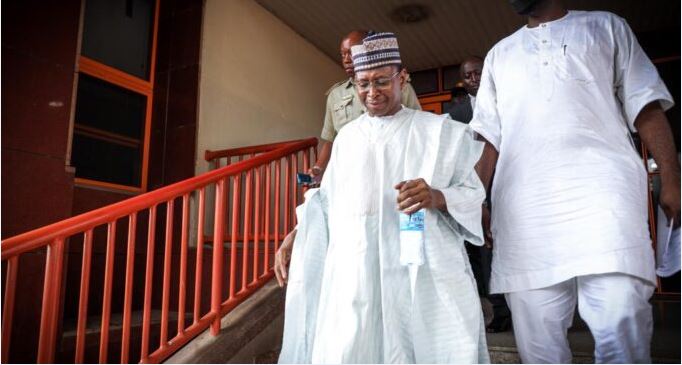 Suspended Accountant-General of the Federation [AGF], Ahmed Idris has been granted by a federal capital territory (FCT) high court in Maitama.

Adeyemi Ajayi, the judge, adopted all of the terms and conditions of the administrative bail granted by the Economic and Financial Crimes Commission [EFCC] in a ruling issued on Thursday.

“In line with the due process and supremacy of the law, the defendants are still entitled to bail, irrespective of the enormity of the allegations against them,” Ajayi said.

“The EFCC did not in any of its processes, stated that the defendants misbehaved while on administrative bail.”

The judge also stated that as part of their bail conditions, the defendants must remain within the FCT and seek permission before leaving.

The defendants were also required to sign an affidavit promising to adhere to all of their bail conditions.

They are required to surrender their passports to the court and agree not to obtain alternative passports while their case is pending.

Adeyemi stated that the defendants must remain in the Kuje correctional facility until the bail conditions are met.

Recall that in May that Idris was arrested in Kano after failing to respond to the commission’s invitations to answer questions about the alleged N80 billion fraud.

Idris was suspended indefinitely “without pay” by Zainab Ahmed, the minister of finance, budget, and national planning, two days later.

Idris was arraigned last Friday on a 14-count charge alongside Godfrey Olusegun Akindele and Mohammed Kudu Usman, as well as a company called Gezawa Commodity Market and Exchange Limited.