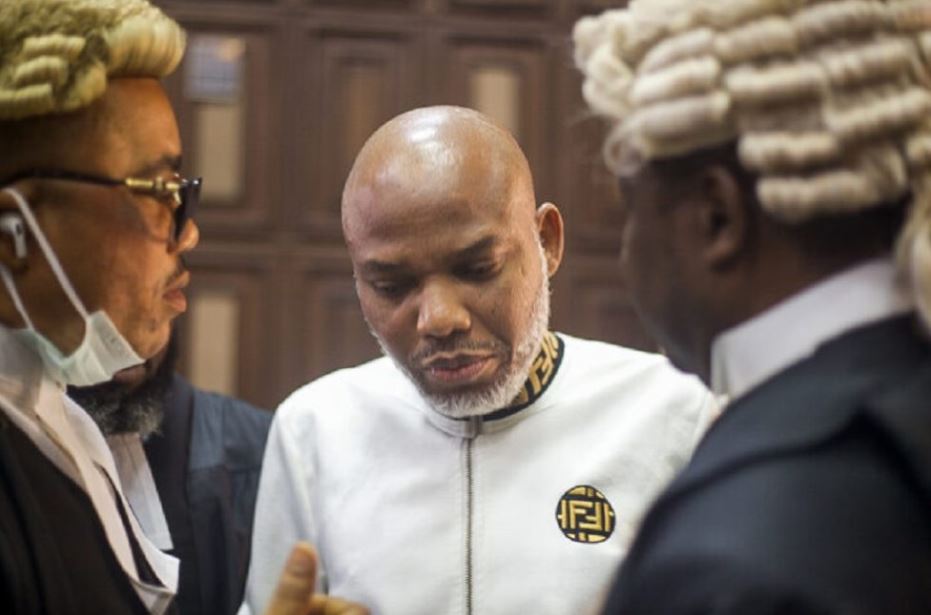 A Federal High Court in Abuja has rescheduled the trial of Indigenous People of Biafra (IPOB) leader Nnamdi Kanu on terrorism charges until November 14.

Kanu, on the other hand, is to remain in the custody of the Department of State Service, DSS, until the date because the trial date was changed at his request.

During the proceedings on Tuesday, Kanu’s lawyer, Mike Ozekhome SAN, informed the court that his client had filed an appeal at the Court of Appeal in Abuja, challenging the competence of the seven counts.

Kanu, through Ozekhome SAN, asked the appellate court to dismiss the seven remaining counts against him in the CA/ABJ/CR/625/2022 appeal.

He based his appeal on the fact that the alleged offences in the charges occurred outside of Nigeria, and thus no court in the country has jurisdiction to try him.

He explained that the appeal had been duly filed and the record of proceedings had been transmitted to the appellate court and that the Federal High Court could no longer proceed with the trial due to the latest development.

MUST READ:  Peter Obi calls for decongestion of Lagos seaport

However, counsel for the Federal Government, Mr David Kaswe, made valiant efforts to persuade the court to reject Ozekhome’s argument on the grounds that the Administration of Criminal Justice Act (ACJA) 2015 forbids the stay of criminal trials in the country.

In a brief ruling, Justice Nyako upheld Ozekhome’s arguments and postponed further proceedings until November 14 to await the Court of Appeal’s decision.

Ozekhome asked the court to halt further proceedings in the charges until the Court of Appeal resolved the issues raised before it.

Justice Binta Nyako halted the trial after an appeal was filed against the high court order upholding Kanu’s seven-count charge.

Justice Nyako dismissed eight of the fifteen counts brought against Kanu by the Federal Government and ordered his trial on the remaining seven.