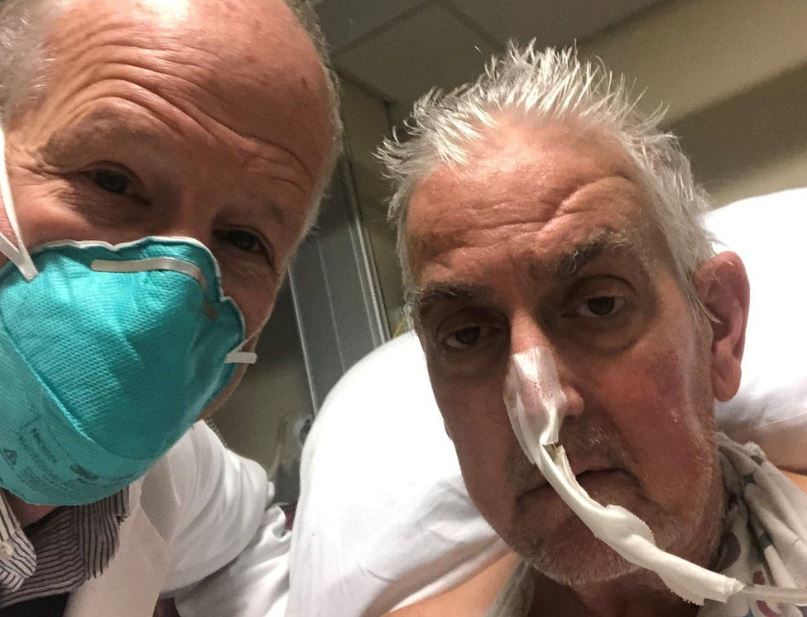 David Bennett from the United States has become the world’s first person to receive a heart transplant from a genetically engineered pig.

Mr Bennett’s life was thought to be on the verge of being saved by the transplant, albeit it is unclear how long he will live.

David Bennett explained a day before the surgery “It was either die or do this transplant,”

“I know it’s a shot in the dark, but it’s my last choice,” Bennett said.

The US medical authority granted a special exemption to doctors at the University of Maryland Medical Center to carry out the treatment on the grounds that Mr Bennett, who has terminal heart illness, would have perished otherwise.

He had been ruled ineligible for a human transplant, a choice that doctors frequently make when a patient is in critical condition.

According to the AFP news agency, the pig used in the transplant had been genetically edited to knock off multiple genes that would have caused the organ to be rejected by Mr Bennett’s body.

The transplant is the conclusion of years of research for the medical team who performed it, and it has the potential to impact lives all across the world.

Bartley Griffith a Surgeon said the surgery would bring the world “one step closer to solving the organ shortage crisis”. Currently, 17 people die every day in the United States waiting for a transplant, with more than 100,000 reportedly on the waiting list.

“He’s at more of a risk because we require more immunosuppression, slightly different than we would normally do in a human-to-human transplant. How well the patient does from now is, you know, it’s never been done before so we really don’t know,” Dr Christine Lau said.

Christine is chair of the Department of Surgery at the University of Maryland School of Medicine and was in the operating theatre during the surgery.

“People die all the time on the waiting list, waiting for organs. If we could use genetically engineered pig organs they’d never have to wait, they could basically get an organ as they needed it.

“Plus, we wouldn’t have to fly all over the country at night-time to recover organs to put them into recipients, she continued.

Animal organs for so-called xenotransplantation have long been regarded as a way to meet demand, and pig heart valves are now widely used.

New York surgeons declared in October 2021 that they had successfully transplanted a pig’s kidney into a human. The operation was, at the time, the most sophisticated experiment in the field.

In that case, however, the recipient was brain dead and there was no possibility of recovery.

David Bennett, on the other hand, is hoping that his transplant will let him live a normal life. He was bedridden for six weeks prior to the surgery and was kept alive by a machine after being diagnosed with a fatal heart illness.
Mr Bennett was said to be breathing on his own on Monday although being closely monitored.

“I look forward to getting out of bed after I recover,” Mr Bennett said last week.

But it’s uncertain what will happen next.

Mr Griffith stated that they were proceeding slowly and closely monitoring Mr Bennett, while his son David Bennett Jr told the Associated Press that the family was “in the unknown at this time.”

“He realizes the significance of what was done and he genuinely understands the value of it,” he added.

Furthermore, He said: “He realises the magnitude of what was done and he really realises the importance of it.”

“We’ve never done this in a human and I like to think that we, we have given him a better option than what continuing his therapy would have been,” Mr Griffith said. “But whether [he will live for] a day, week, month, year, I don’t know.”