David Adeleke known as Davido in the entertainment world says he will give away the 250m Naira donations he received from friends to orphanages in Nigeria. 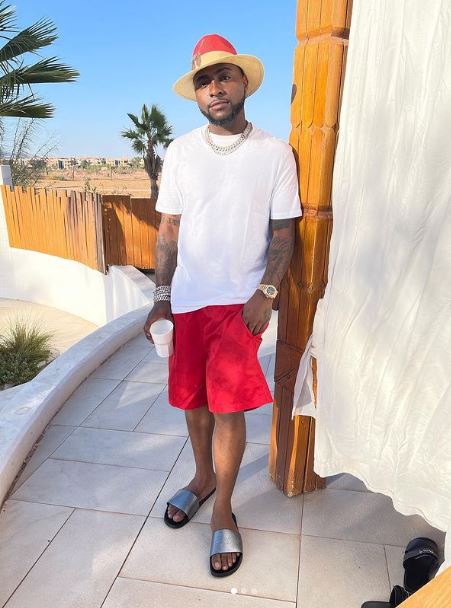 A few days ago, Davido invited followers to donate money to a bank account he listed under his name if they feel “I’ve given you a hit song.”

On Saturday, Davido claimed the request was made in a “funny” way, but it exceeded his expectations.

He thanked individuals who had given money and explained how it would be put to good use.

MUST READ:  BBNaija:Organizers reveal Level Up housemate who topped voting chart from week 1

Fan donations and a personal contribution of N50 million are included in the sum given to orphans.

Davido is regarded as one of Africa’s most prominent musicians. He has worked with well-known musicians such as Chris Brown and Nicki Minaj and has won MTV and BET music awards.

His social media request had gotten a mixed response this week. Some have pointed out that the singer, who has 22 million Instagram followers, frequently flaunts his opulent lifestyle online.

“Love is trash and makes you weak”-BBNaija Dorathy Bachor

Davido stated his goal was to gather money to get his Rolls-Royce car cleared from the port in a tweet with laughing emojis.

He then posted bank account information and screenshots as the amount in the account grew over the course of a few days.

The Afrobeat star put out a statement on Saturday saying it was his goal to do this fundraising for his birthday every year as a way to give back.

This official statement from Davido has over seven hundred thousand likes and one hundred and seventeen comments on his Instagram handle, as at the time of writing this article.