A shooting at a primary school in south Texas killed 19 young children and two adults.

The gunman opened fire at Robb Elementary School in Uvalde, which serves children aged seven to ten, before being killed by police, officials say.

According to investigators, the 18-year-old suspect possessed a handgun, an AR-15 semi-automatic rifle, and high-capacity magazines. 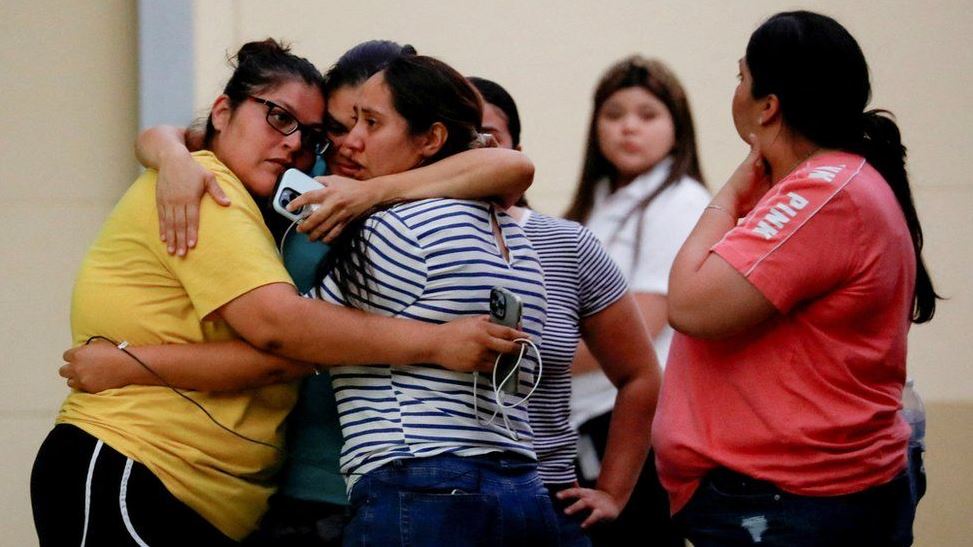 Before the rampage, the teen is suspected of shooting his grandmother.

According to local media, he may have been a high school student in the area.

Uvalde Consolidated Independent School District Chief of Police Pete Arredondo said the shooting began at 11:32 local time on Tuesday, and that investigators believe the attacker “did act alone during this heinous crime”.

MUST READ:  IPOB LEADER HAS FILED A LAWSUIT AGAINST NIGERIA REQUESTING TO BE FREED AND PERMITTED TO GO TO UK

US media has identified two of the children killed in the shooting. In statements issued Tuesday night, family members confirmed the deaths of 10-year-olds Xavier Lopez and Amerie Jo Garza.

Xavier Lopez, 10. He was a 4th grader at Robb Elementary. His family confirms he died in today’s school shooting. pic.twitter.com/Qp2JatwZ4O

Angel Garza disclosed on Facebook that his daughter Amerie had been killed.

“My little love is now flying high with the angels above. Please don’t take a second for granted. Hug your family. Tell them you love them,” he said.

One of the adults killed was a teacher named Eva Mireles in the US media. Her profile on the school district’s website stated that she had a college-aged daughter and enjoyed running and hiking.

According to the Associated Press, a US Border Patrol official who was nearby when the shooting began rushed into the school and shot and killed the gunman who was hiding behind a barricade.

Border Patrol is a federal agency responsible for guarding US ports of entry. A Border Patrol station is located in Uvalde, which is less than 80 miles from the Mexican border.

During an exchange with the gunman, two border agents were reportedly shot. According to officials, one agent was shot in the head, and both are now in stable condition in the hospital.

According to CBS News, the attacker carried out the attack while wearing body armour. Another 18-year-old suspect in the May 14 attack on a grocery store in Buffalo, New York, was also wearing body armour and carrying a semi-automatic rifle, both of which are commercially available in the United States.

Earlier, the Uvalde Memorial Hospital announced on Facebook that 13 children had been transported to the hospital “via ambulances or buses.”

A 66-year-old woman and a 10-year-old girl were in critical condition at a San Antonio hospital, according to University Health hospital officials.

There have been recurring shootings in Schools in the United States over the years. There have already been 27 school shootings this year alone. It’s only 10 days since ten people were killed in a mass shooting in New York.

In December there was a massacre in Michigan School allegedly carried out by Ethan Crumbley.

Meanwhile, President Joe Biden has responded by asking why we allow things like this to continue.”Why do we keep letting this happen?” asked President Biden. “Why are we willing to live with this carnage?”

Insurgents Assault A Church Under Catholic Bishop Kukah Diocese,Kidnap Two Cleric and Others In Katsina