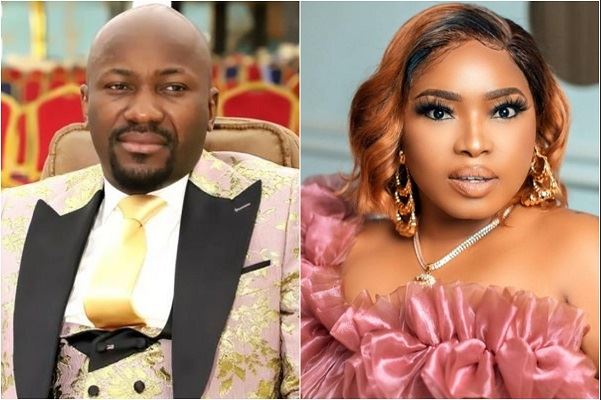 Halima alleged that Suleman had an affair with her and caused her to become ill.

She also claimed that she was three times pregnant for him and lost all three while he also had intercourse with her while she bled.

The cleric dragged Ms Abubakar before Justice J. Enobie Obanor of the High Court of the Federal Capital Territory, Abuja, through his legal counsel, Ephesus Lex Attorneys and Solicitors.

He requested that the court order the defendant to publish an apology for her false claims that were made on her Instagram account and in a number of other online blogs and newspapers.

MUST READ:  Hitting Your Wife Is Not A Show Of Strength-Actor Yul Edochie Counsels Men(video)

Additionally, he requested that the court order Halima to pay for the removal of all links and the publication of the aforementioned defamatory comments on all internet platforms.

Suleman further asked for a perpetual injunction prohibiting her from publishing the aforementioned or similar defamatory statements in the future as well as N1 billion in aggravated and exemplary damages for libel.

He further requested that Halima be ordered to pay N20 million in legal fees.