After both aspirants received 88 votes on Monday, the primary election went into a rerun to get a winner.

Senator Dino Melaye has been defeated in his quest to represent the Peoples Democratic Party (PDP) in the Kogi West Senatorial District in the National Assembly by Tajudeen Yusuf.

MUST READ:  Canada Refused Yemi Alade Visa Due To Concerns That She Won't Leave The Country

Dino received only 99 votes, while Yusuf, who currently represents Kabba/Bunu Ijumu Federal Constituency in the House of Representatives, received 163 votes. 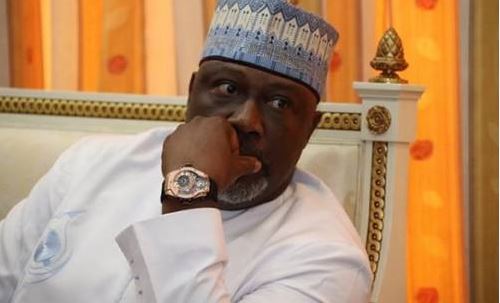 After both aspirants received 88 votes on Monday, the contest had a  rerun.

Meanwhile, report says that Yusuf’s victory benefits Rivers State Governor Nyesom Wike, who is a supporter and benefactor of the candidate.

Dino Melaye was once a member of the Nigeria Senate. He defected from the PDP to the All Progressives Congress (APC) in 2015 but returned to the PDP in the run-up to the 2019 elections after months of political wrangling with Kogi State governor, Yahaya Bello.

MUST READ:  Bishop David Oyedepo:Nigerians Have Short Memory,Buhari Was A Mistake
Related Topics:featurednaija politics
Up Next

Breaking:EFCC Takes Rochas Okorocha Away After Forcefully Entering His Home