The brouhaha ensuing between Nollywood actress and Apostle Johnson Suleman is getting more interesting every day.

Halima Abubakar has come true with her threat to leak conversations between her and Suleman.

The actress took to her IG story to leak chats between herself and Apostle Suleman.

Recall that enomaomoruyi entertainment reported that Halima called out her colleague Shan George and Suleman threatening that if she opens her mouth about her affairs with the cleric it will be disastrous. A threat she has now made good of.

As they fought over the secrets spilled on the internet a few months ago, Halima Abubakar revealed how she met Apostle Suleiman.

MUST READ:  Video:Davido Elated As 2Baba Meets With His Uncle, Ademola Adeleke Ahead Of Osun Governorship Election

Halima said her affair with Suleman was 11 years ago.

Halima shared more screenshots to back up her claims, proving doubters wrong.

The Nollywood actress observed that after years of covering him, he now wants to play with her.

She said the clergyman had been pursuing her for 6 months.

“I really tried covering for you for years. Na me you want to play? You wey use 6 months to pursue me. You know I have everything. Don’t play with me. Professional liars”, She captioned. 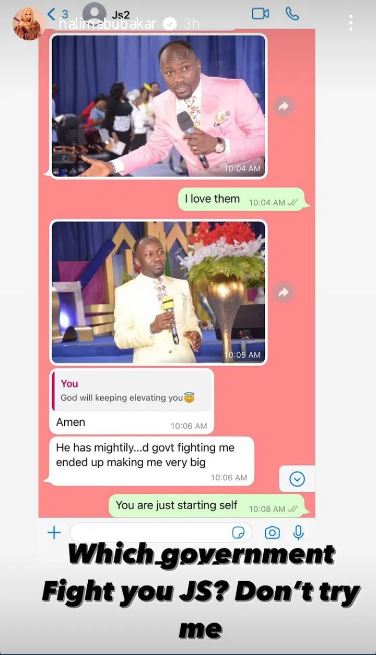 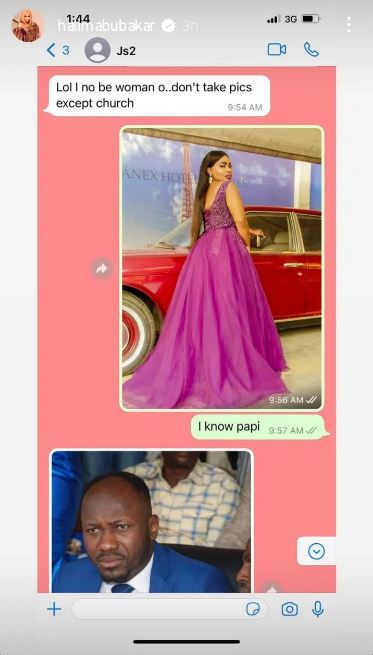 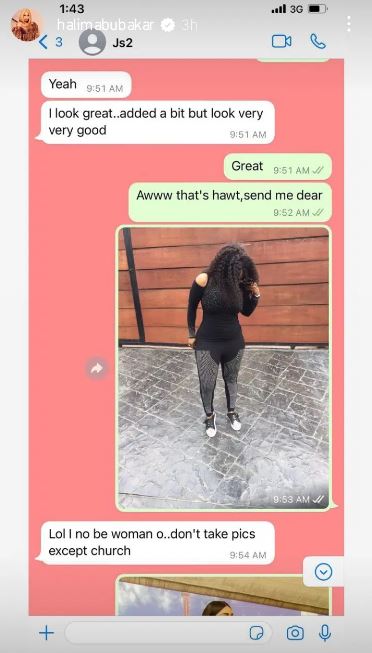 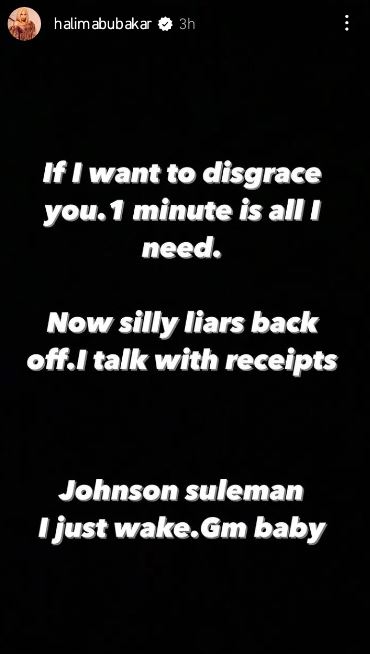 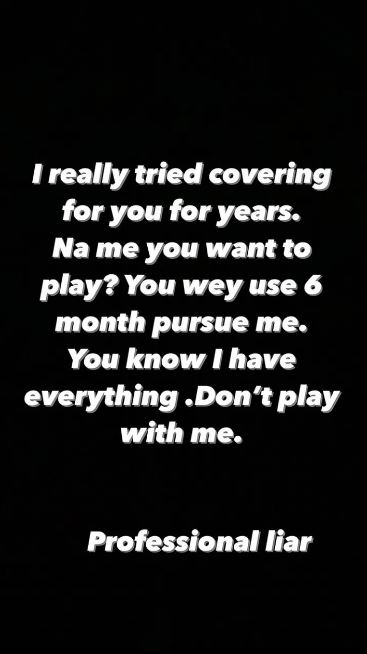