Economic growth in UK decelerates in the 3rd quarter 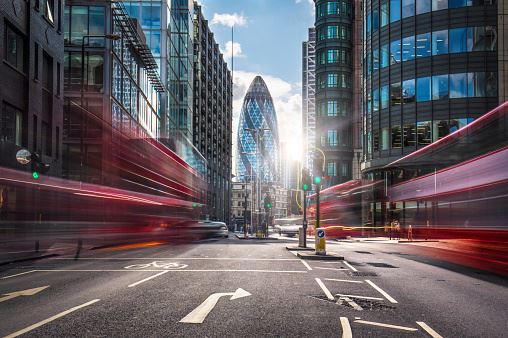 Economic growth in the UK decelerates in the 3rd quarter according to information from the Office for National Statistics.

In comparison to the second quarter, when many Covid-19 limitations were eased, this represents a deceleration.

The third-quarter expansion was slightly slower than predicted, despite greater consumer expenditure, according to the ONS.

The ONS, on the other hand, saw indicators that supply chain difficulties were stifling expansion.

The rush by home purchasers to close transactions before the end of the stamp duty holiday, according to ONS chief economist Grant Fitzner, has aided growth.

MUST READ:  Meet Saidu Faskari who attempted to sell his roofing sheets to raise kidnappers ransom

“However, declines in both the manufacture and sale of automobiles partially offset these gains.”

“Particularly, in the three months leading up to September, company investment remained well below pre-pandemic levels,” he said.

According to the ONS, the UK economy is still 2.1 per cent smaller in the final three months of 2019 than it was before the coronavirus outbreak.

The economy grew by 0.6 per cent on a monthly basis in September, according to the ONS.

The new data, according to Chancellor Rishi Sunak, prove that his economic plans are working.

“The economy is still recovering from Covid-19, and because of initiatives like furloughs, the unemployment rate has been falling for eight months in a row, and we’re expected to have the fastest growth in the G7 this year,” he said.

MUST READ:  Hancock museum to hand over Benin Bronze stave

Some business executives, however, were more cautious, with Suren Thiru, head of economics at the British Chambers of Commerce, predicting that the UK economy will “only likely recover to its pre-pandemic level next year, lagging behind many of our overseas competitors,” based on the statistics.

“While monthly output returned during the quarter from July’s contraction, this is more likely to reflect a transitory boost from the lifting of constraints, rather than a major improvement in the UK’s underlying economic trajectory,” he said.

Related Topics:uk news
Up Next