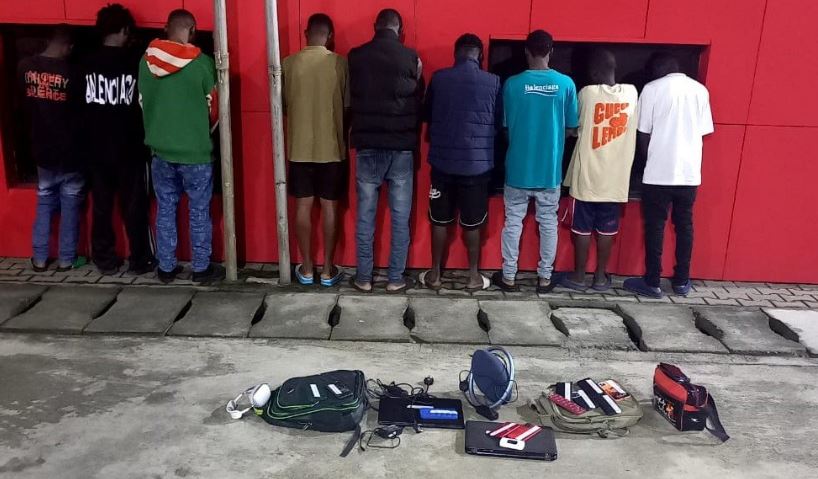 Wilson Uwujaren, Head of Media & Publicity, said in a statement on Wednesday that they were apprehended in a sting operation.

Austin Yayison, Wilson Chinaza, Emmanuel Adeyi, Samuel Mark, and Emmanuel Bassey are among the others.

They were arrested on Tuesday, August 30 at the Voque Hotel in Abuja’s Mararaba area for alleged involvement in cybercrime.

The EFCC noted that they will be charged to court as soon as investigations are concluded.

MUST READ:  Meeting between the PDP BoT and Wike ends in an impasse

Recall that on August 10th enomaomoruyi reported that 22 suspected internet fraudsters were also arrested in Abuja.