Cameroon 0-0 Egypt (AET) Egypt defeats Cameroon 3-1 on penalty shootout: The most successful nation in the Africa Cup of Nations(AFCON) Egypt defeated the hosts Cameroon on penalties after both nations could not be separated in 90minutes and extra time; Gabaski the Egyptian goalkeeper saved two penalties in the shootout.

In-depth match report of the second semi-final AFCON clash between Cameroon and Egypt; a winner could not emerge after 120 minutes, this did not surprise anyone because both teams are giants in African football. It took a penalty shootout to get a winner from the clash. Indomitable Lions of Cameroon miss three of their four penalties as Egypt win 3-1 in the shootout. 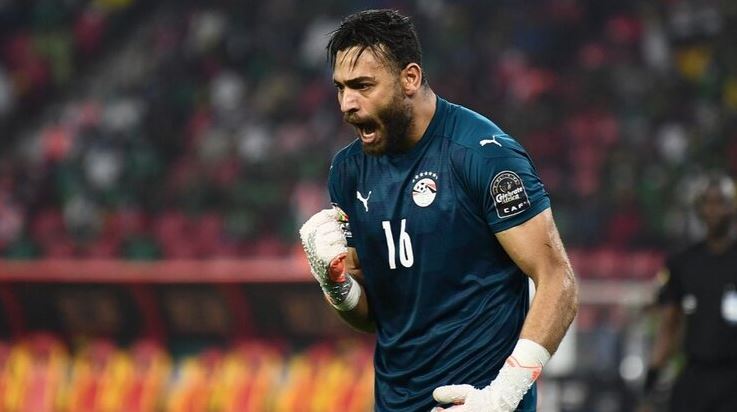 Pharaohs of Egypt goalkeeper Gabaski was the hero, saving two penalties as Egypt edged past hosts Cameroon in a penalty shootout after a goalless draw to set up an Africa Cup of Nations final against the Teranga Lions of Senegal.

Cameroon had advanced from their last eight AFCON semi-finals, whereas Egypt had reached the final in all six of their previous tries, implying that one nation was doomed to end their long-running winning streak.

The ‘Indomitable Lions’ dominated the first half, with a tournament-leading scorer Vincent Aboubakar providing their first excellent opportunity to grab the lead.

Karl Toko Ekambi was then given an unmarked opportunity in the box minutes later, but because of the velocity of the ball and the uneven surface of the pitch, he could only mishit his close-range shot into Egypt’s Gabaski’s hands.

Cameroon was unable to capitalize on their home advantage before halftime, and when the game opened up after the restart, they were forced to be wary of the ‘Pharaohs’ developing counter-attacking danger.

The hosts Cameroon ignored the Egyptian attackers’ warnings, and in the 55th minute, Martin Hongla threw a backpass straight to Mohamed Salah, who only escaped punishment thanks to André Onana’s quick reaction to close down the Liverpool talisman.

The 90-minute mark was rapidly approaching, and a late hero was desperately needed in the semi-final. André-Frank Zambo Anguissa came close, but his 40-yard drive with 20 minutes to go shaved the post, leaving Gabaski beaten.

An ill-tempered ending to normal time had seen Egypt coach Carlos Queiroz sent off for remonstrating with the referee and his assistant Wael Gomaa cautioned too.

It means they will both be missing from the touchline for the final as Gomaa was shown a yellow card in the quarter-final against Morocco.

The match needed extra time because neither side was ready to take a risk, and Egypt would have to go the distance for the third time this tournament without their manager, Carlos Quieroz, who was sent out in the 90th minute.

Another 30 minutes were insufficient to decide if 2017 final would be repeated, so penalty kicks were required. Gabaski denied efforts from Harold Moukoudi and James Lea Siliki, before Clinton N’Jie failed to convert Cameroon’s final spot-kick. Egypt had previously won their past five AFCON shootouts, dating back to 1986, and booked their place in the final with their sixth-in-a-row.

In-the-meantime, Cameroon will face Burkina Faso in the third/fourth-place play-off, which has been brought forward a day to Saturday (19:00 GMT).