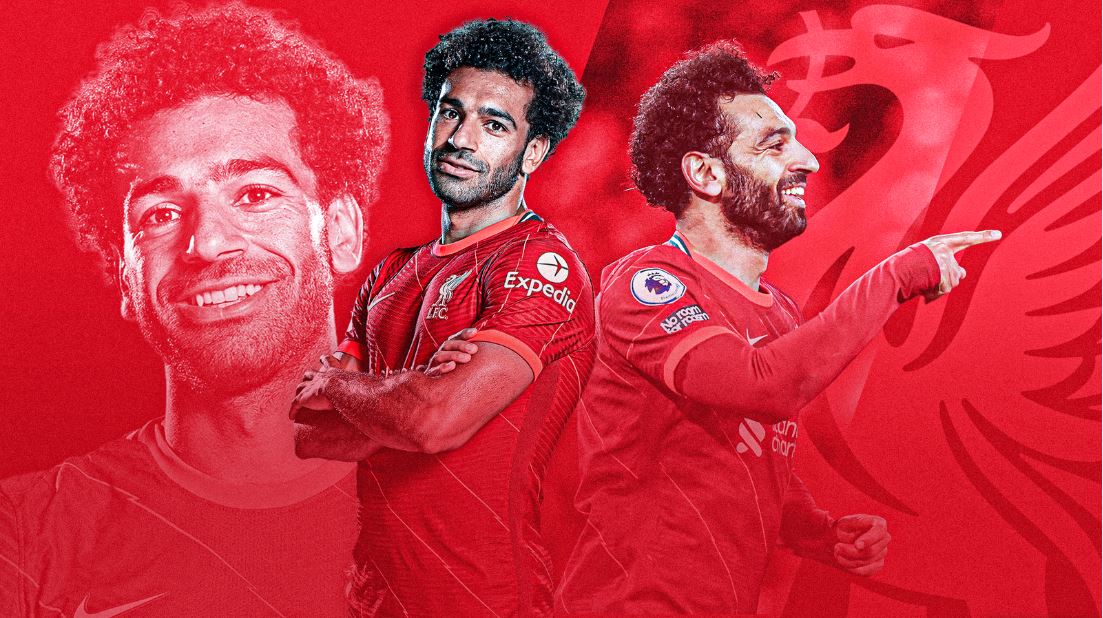 Mohamed Salah signs a three-year contract extension with Liverpool; the forward’s previous contract was set to expire at the end of next season; FWA Footballer of the Year and PFA Players’ Player of the Year for 2021/22, Salah has scored 156 goals in 254 appearances in his Anfield career.

Egyptian star, Mohamed Salah has signed a new three-year contract with Liverpool, putting an end to speculation about his future.

The previous contract of the Egyptian was set to expire next summer. His new contract, worth more than £350,000 per week, makes him the club’s highest-paid player in history.

The agreement remains consistent with the club’s sustainable wage structure and is rewarded with scoring bonuses.

“I feel great and [I am] excited to win trophies with the club. It’s a happy day for everyone,” Mo Salah said.

“It takes a little bit of time, I think, to renew, but now everything is done so we just need to focus on what’s next.

“I think you can see in the last five or six years the team was always going [upwards]. Last season we were close to winning four, but unfortunately in the last week of the season, we lost two trophies.

“I think we are in a good position to fight for everything. We have new signings as well. We just need to keep working hard, have a good vision, be positive and go for everything again.”

Sporting director Julian Ward flew out to meet Salah, who is on vacation, to finalize the paperwork, and FSG president Mike Gordon was helpful in negotiations with Salah’s agent Ramy Abbas Issa.

“If I look back to that time when I came [here], the club were not winning many things but I think I told you I had come [here] to win trophies,” Salah added.

“I think we have won good trophies together [since]! And I think we can do it again. We won so many things together. We had some disappointments, but this is football.

“I have enjoyed my football here at the club and hopefully I will continue to enjoy it and win many trophies.”

Mo Salah joined Liverpool from AS Roma in June 2017, and he made an immediate impact, scoring 44 goals across all competitions in his debut season.

After selling Sadio Mane to Bayern Munich earlier this summer, Jurgen Klopp needed Salah to commit his future to the club.

After assisting in the FA Cup and League Cup double, the 30-year-old was named FWA Footballer of the Year and PFA Players’ Player of the Year for 2021/22.

Salah is eager to win more trophies for Liverpool, adding: “My message [to the fans] is the players in the team want to give our best next season to try to win all the trophies.

“As usual, you stay behind us and give us a big push and I am sure we are going to win trophies again [together].”

Salah currently ranks ninth among Liverpool’s all-time leading scorers, and this new contract gives him the opportunity to move even higher up the list.

The Egyptian said: “It’s great to see yourself as the ninth-highest top goalscorer for the club, especially when you do it in a short time.

“It’s something great and I think, as I’ve said many times before, the most important thing is to win trophies. But I think when you score goals and help the team to win games, that’s also what brings trophies.

“It’s something I’m proud of.”