We’ve got it all in an action-packed Matchweek 6 with title contenders going head-to-head and long-time rivals facing off.

In this week’s Premier League in, we look at Thomas Tuchel and Pep Guardiola’s tactical duel, and who gets the bragging right in the first north London derby clash of the season.

Following three straight losses to Thomas Tuchel’s Chelsea, all eyes will be on Pep Guardiola’s approach to the game on Saturday.

GUARDIOLA’S APPROACH TO THE GAME

Manchester City’s manager has a history of trying out new tactics against the Blues last season, but the Londoners always came out on top.

In a 2-1 home loss in the Premier League in May, City deployed an unconventional 3-3-2-2 formation.

In the 1-0 UEFA Champions League final defeat, Guardiola surprisingly left both of his defensive midfielders, Rodri and Fernandinho, out of his starting XI, instead opting for Ilkay Gundogan.

Guardiola’s tactics in the first of the three head-to-heads, a 1-0 FA Cup semi-final loss at Wembley Stadium, when he took the unusual step of starting both Fernandinho and Rodri side-by-side in a 4-2-3-1 system, were completely reversed.

Man City has only conceded one goal this season, the same as Chelsea, therefore changing their balanced 4-3-3 formation for this match seems superfluous.

Guardiola may have injury concerns about Aymeric Laporte and Rodri, but his team’s defensive structure has been exceptionally solid.

There have been very few mistakes. Man City has faced the fewest shots of any Premier League team while also having the best Expected Goals Against record.

They are limiting their opponents to only 10 passes per defensive action by pressing in an intensive, coordinated manner, making the Citizens the top club in the league in that measure.

The ruthlessness of their centre-forwards has been the biggest difference between the teams.

Romelu Lukaku has a 37.5 per cent conversion rate on his three goals.

Guardiola’s tactics will rely heavily on keeping the Belgian quiet, but his tactics to the game should be far easier than those he’s used against Chelsea in the past. 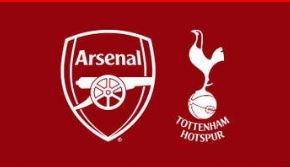 The Gunners have no injury concern ahead of the first North London derby of the season.

Spurs has three injured players ahead of the game. Sessegnon [knock],Moura [Ankle],Befgwijn [Ankle]. 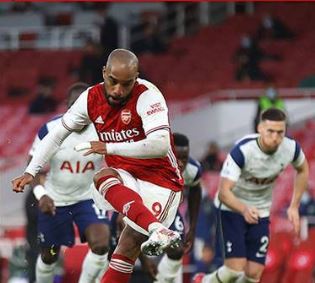 Alex Lacazette has been involved in six goals in eight premier league games appearances against Spurs. The French International has scored in each of his last three games at the Emirates against Spurs.

WHERE THE GAME COULD BE WON

How both managers set up their defence will be key in this game. The team that defends better might go home with the bragging right.