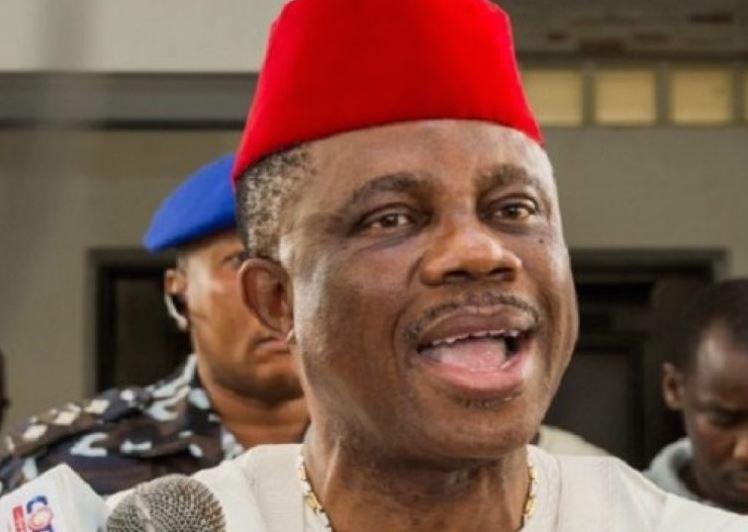 Ex-Governor of Anambra state Willie Obiano was arrested by EFCC operatives at Lagos airport on his way to Texas.

Willie Obiano, the immediate past governor of Anambra State, was arrested on Thursday around 8.30 p.m. while on his way out of Nigeria to Houston, Texas in the United States. He had been on the EFCC’s watchlist for months.

According to reports, the EFCC has asked the Nigeria Immigration Service to notify it whenever the former governor travels out of the country via any of the international airports, as well as other points of entry and exit.

Although enomaomoruyi cannot categorically say why the EFCC placed Obiano on a watchlist and later arrested him, sources claimed the move was a clear indication that the agency had been quietly investigating his activities and may have gleaned intelligence that he was planning to flee after handing over reigns to Charles Soludo.

Meanwhile, despite political differences, Mr Peter Obi, a former governor of the state, has stated that despite belonging to a different party than Soludo and even campaigning against him during the elections, his ultimate desire was to see a better Anambra State that ensures the well-being of the people.

The erstwhile Governor stated that politics was about building a better society, especially for the less privileged, because government or governance was all about caring for the people, expressed optimism that Soludo would do well.

Speaking to journalists at the inauguration ceremony, Obi argued that, given Soludo’s background, he was confident that he would commit to critical areas of development such as education, health, and poverty alleviation, even as he expressed hope that the new governor would keep his campaign promises.

Peter Obi concluded by saying “I will continue to remember our new governor and other leaders in my prayers, so that they can continue to make the right decisions for the good of our dear nation, Nigeria,”