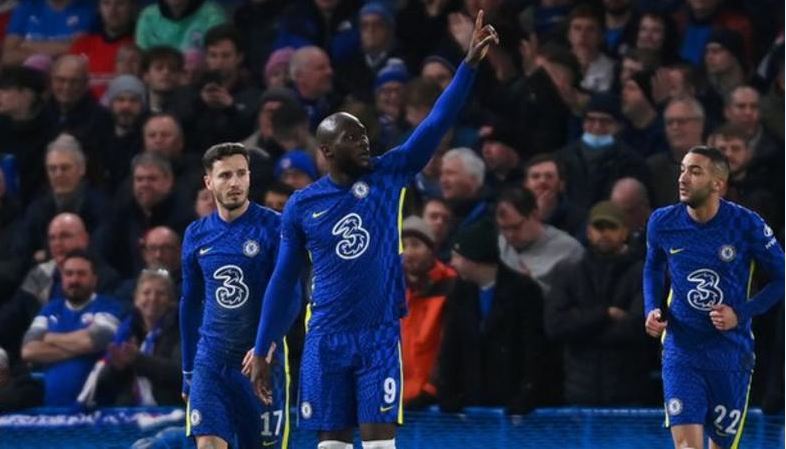 Chelsea 5-1 Chesterfield: Chelsea cruised into the FA Cup fourth round with an overwhelming victory against fighting National League side Chesterfield at Stamford Bridge.

The Champions League holders stamped their class on proceedings almost away, illustrating the wide distance between the clubs in an atmosphere superbly heightened by the raucous and colourful presence of roughly 6,000 Spirites fans.

Chelsea, who are second in the Premier League, and Chesterfield, who are in the same tier, fielded a formidable team that scored after only four minutes when Timo Werner bundled home from close range.

Chelsea’s lead was extended thanks to Callum Hudson-curling Odoi’s finish before Romelu Lukaku scored a third and Andreas Christensen’s looping header made it 4-0 before the break.

Chelsea’s fifth goal came from the penalty spot in the 55th minute after substitute Calvin Miller fouled Christian Pulisic, but the big moment – and the loudest applause – came 10 minutes later when Chesterfield substitute Akwasi Asante turned in a rebound after Marcus Bettinelli had saved Kabongo Tshimanga.

Chesterfield and their supporters were ecstatic, and it was entirely deserved for their tireless contribution to an intriguing FA Cup third-round clash.

Did Chesterfield see this result coming?

Chesterfield and its supporters were certainly well aware of what was to come, especially after seeing the Chelsea team sheet.

This was not, however, a day to squander, and the Spirites’ supporters savoured every second, even as Chelsea poured misery on them.

And what celebrations there were when Asante scored with ten minutes to go, with Chesterfield’s fans ecstatic and the scorer surrounded by jubilant teammates.

Chesterfield will always believe they were unfairly denied a place in the FA Cup final against Chelsea at Wembley in 1997, therefore this was a what-might-have-been FA Cup match between the two sides.

It occurred after referee David Elleray and his fellow officials failed to notice that Jon Howard’s shot had obviously crossed the line with 20 minutes left in the semi-final against Middlesbrough at Old Trafford, with the Spirites leading 2-1.

The game ended 3-3, putting an end to Chesterfield’s hopes. Middlesbrough went on to win the rematch at Hillsborough before losing in the final to Chelsea.

Thousands of Chesterfield fans swarmed the streets around the stadium before kick-off in what was a traditional FA Cup atmosphere, despite the foul weather and travel difficulties.

Spirites’ fans took over the entire Shed End, and despite their team being outclassed predictably and unsurprisingly, they never stopped cheering for manager James Rowe and his players.

Every tackle was applauded, with the loudness rising on the rare occasions they came close to Chelsea’s goal, and every effort to close the distance between the two sides was greatly admired.

Yes, in football terms, this was a painful 90 minutes, but one from which Chesterfield and their supporters can take pride.

Chesterfield can now focus on their main goal of promotion from the National League, where they are a point behind leaders Halifax with two games in hand, thanks to their experience playing against quality Premier League opponents.

At the final whistle, they went over to accept the well-deserved applause of their fans, and Chesterfield’s players reciprocated with mutual admiration.