Football agent Mino Riola has died in a hospital in Milan, the Italian was 54 years. Riola was an agent to great names in football such as Didier Drogba, Romelu Lukakau, Erling Haaland, Marco Veratti, Zlatan Ibrahimovic,Paul Pogba,Pave Nedved and MattjhijsdeLigt. 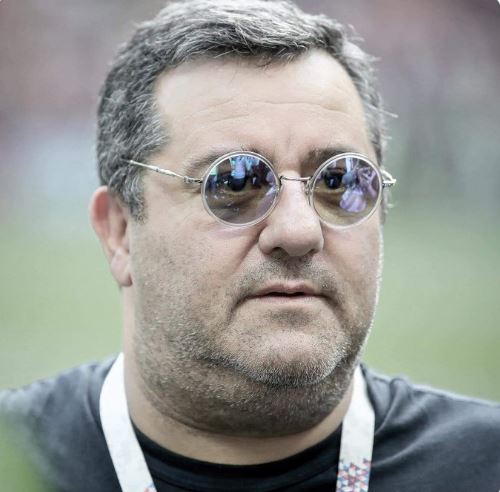 The 54-year-old had been hospitalised in Milan where he underwent surgery for an undisclosed illness.
It was also speculated that the illness was non-life-threatening as he was expected to make a full recovery.

A statement from his family reads, “In infinite sorrow, we share the passing of the most caring and amazing football agent that ever was.

“Mino fought until the end with the same strength he put on negotiation tables to defend our players. As usual, Mino made us proud and never realised it.
“Mino touched so many lives through his work and wrote a new chapter in the history of modern football. His presence will forever be missed.
“Mino’s mission of making football a better place for players will continue with the same passion.”

After leaving football in the late 1980s, he became a sports agent and was involved in the transfers of several high-profile Dutch players to Italian clubs, including Ajax player Bryan Roy (in 1992 to Foggia) and Dennis Bergkamp (in 1993 to Internazionale).

In August 2016, the multi-linguist broke the world record by transferring Paul Pogba to Manchester United for €105 million-plus €5 million in bonuses, surpassing the previous record-holder, Gareth Bale.
Raiola reportedly made €25 million from Pogba’s transfer; he then paid €9 million for the former Miami home of one of America’s most famous mob bosses, Al Capone.

MUST READ:  'It's a BOY'Actor Nosa Rex and his wife welcome their 3rd child

On January 22, 2020, Raiola was one of several high-profile football agents, including Jorge Mendes and Jonathan Barnett, who threatened FIFA with legal action in response to the planned transfer payment cap.