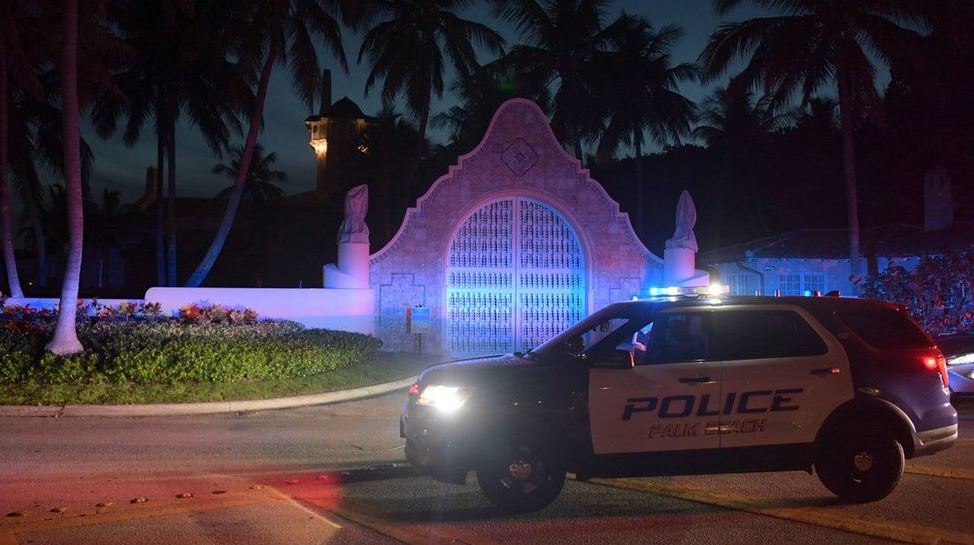 In a statement, Trump said that Mar-a-Lago in Palm Beach was “occupied by a large group of FBI agents”.

The search on Monday was reportedly related to an investigation into Mr Trump’s handling of official documents.

“These are dark times for our nation,” Trump’s statement said. “Nothing like this has ever happened to a president of the United States before.”

The FBI  and the Justice Department have both declined to comment on the reported search.

According to CBS News, the BBC’s US partner, an unnamed law enforcement official told CBS News that the Secret Service was notified shortly before the warrant was served around 10:00 local time (14:00 GMT) and that agents protecting Mr Trump assisted the FBI investigators.

Several boxes were taken away, according to the source, who added that no doors were kicked down and that the raid was over by late afternoon.

A judge must sign a federal search warrant. Though such a warrant does not imply that criminal charges are likely, law enforcement agencies must first demonstrate the possibility of finding evidence of illegality.

The dramatic increase in law enforcement scrutiny of Trump comes as the Republican prepares to run for president again in 2024.

The search has enraged some of Donald Trump’s supporters. A crowd gathered outside Mar-a-Lago to wave flags and express their displeasure.

Trump stated that he had worked with all relevant government agencies and so the “unannounced raid on my home was not necessary or appropriate”.

He said it amounted to “prosecutorial misconduct” and “the weaponisation of the justice system” to prevent him from running for the White House again.

“Such an assault could only take place in broken, Third-World countries,” he said. “Sadly, America has now become one of those countries, corrupt at a level not seen before.

“They even broke into my safe!”

At the time of the alleged raid, the former president was at Trump Tower in New York City.

The president’s second-oldest son, Eric Trump, told Fox News that the FBI’s search of Mr Trump’s Mar-a-Lago estate was related to an investigation into the handling of National Archives records.

According to NA officials, the former president illegally ripped up many documents. They claim that some of them had to be taped back together.

Trump called reports that he mishandled official records “fake news” at the time.

A senior Trump adviser in Palm Beach told CBS that the new federal search at Mar-a-Lago was for presidential records.

“This is about the PRA,” said the Trump source, who only agreed to speak on condition of anonymity.

“When have you ever heard about a raid because of PRA?”

The source added: “They [the FBI] just left and they left with very little.”