FC Barcelona put in a clinical performance sweeping Atletico Madrid aside and thereby leapfrogged their rival into the Uefa Champions League place in the League table.

New signing Adama Traore started the game and got an assist while Pierre-Emerick Aubameyang came on as a substitute in the 4-2 demolition of Atlético Madrid at the Camp Nou on Sunday. 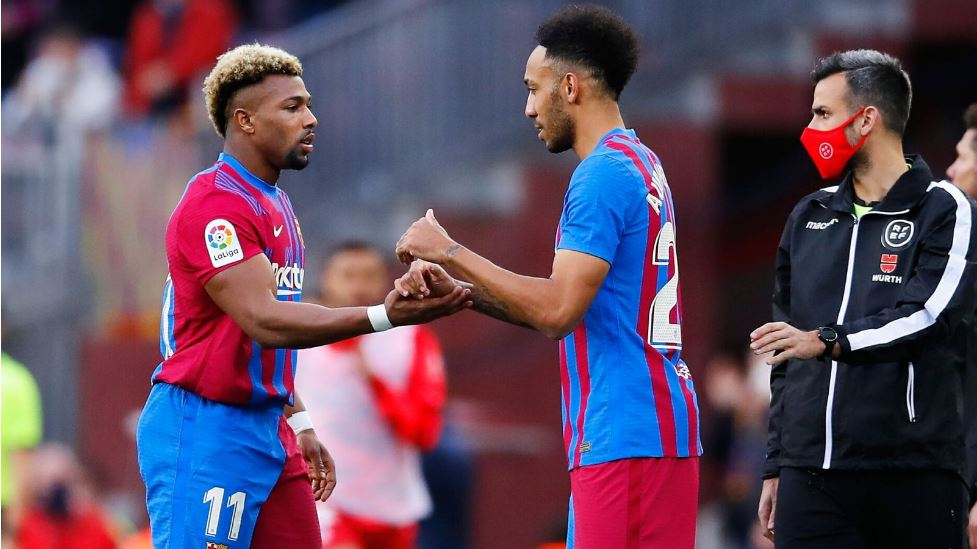 FC Barcelona leapfrogged Atletico Madrid into Uefa Champions League place in the La Liga table, coming from behind to win 4-2 at Camp Nou and claim victory over Diego Simeone’s team for the first time in six encounters.

FC Barcelona brush-off Atletico Madrid 4-2, all four goals came from their only four shots on target, dominated every part of the game from the beginning and were untroubled when Yannick Carrasco opened the scoring on the counter-attacking play eight minutes into the first half.

Atletico Madrid recent domination over FC Barcelona has been so tremendous that ‘La Blaugrana’ had failed to score in the last three La Liga encounters between the two teams, but Jordi Alba ended that barren run only two minutes after going down.

Jordi Alba struck the ball mid-flight with his left foot after meeting a cross from opposite full-back Dani Alves for the first time, and after floating through the air in what seemed like slow motion, it nestled wonderfully in the top right corner with Jan Oblak watching.

The hosts regrouped and scored within 20 minutes, due to a deflected header from Gavi, who got the ball from Adama Traoré, who was making his debut appearance for FC Barcelona in his second term. Three minutes before halftime, Ronald Arajo doubled FC Barcelona’s lead, reacting quickest after Gerard Piqué hit the crossbar, and with the hosts cruising after the break, Dani Alves added a fourth with his first goal since rejoining the Catalan side, sprinting onto Gavi’s deflected cross.

Diego Simeone’s side appeared to be on the verge of collapse, but that was simply not the case. They had Barcelona work hard for the three points, with Suárez scoring a close-range equalizer with 30 minutes left before Alves was sent out for a rash challenge on Carrasco.

Despite being reduced to ten men, Xavi Hernandez’s side held on to win, ending their winless run against Atlético Madrid to climb into the top four at the cost of their opponents and preventing Diego Simeone from matching Ferdinand Duaik’s record of most LL victories as a non-Spanish coach.

FC Barcelona left-back Jordi Alba  told the media: “Today we have seen the Barca that we want,”

“We have played with a lot of intensity, and it is a game to be very proud of in such a difficult year.”