Federal Racketeering and Sex Trafficking: I Believe I Can Fly Hit Maker, R kelly Sentenced To 30 Years In Prison 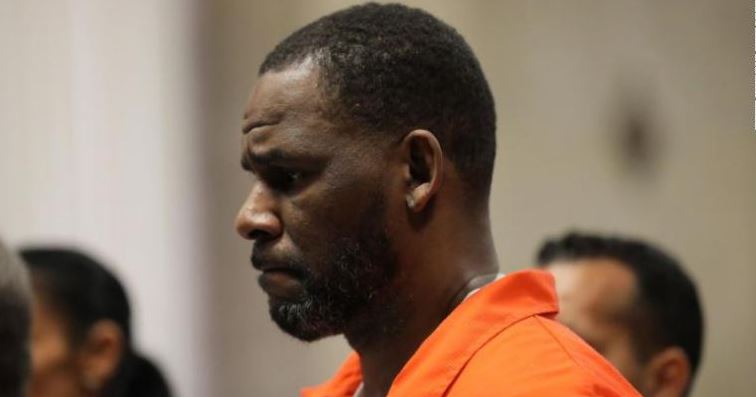 Embattled R&B singer R. Kelly was sentenced to 30 years in prison on Wednesday, following his conviction last year on federal racketeering and sex trafficking charges stemming from his years-long efforts to exploit victims he sexually abused.

Prosecutors asked the judge to sentence Kelly, 55, to more than 25 years in prison, while his defence attorneys asked for 10 years or less, claiming the prosecutors’ request amounted to a life sentence.

As US District Court Judge Ann Donnelly began reading Kelly’s sentence, survivors of his abuse held hands and prayed. Kelly wore a tan prison uniform, dark-rimmed glasses, and a black mask to the hearing in federal court in Brooklyn.

MUST READ:  Life without sex is pointless-Shugatiti

“You left in your wake a trail of broken lives,” Donnelly told Kelly, whose full name is Robert Sylvester Kelly.

Donnelly said she considered Kelly’s own traumatic childhood, during which his attorneys claimed he was sexually abused by a family member and a landlord.

“It may explain, at least in part, what led to your behaviour,” the judge said. “It most surely is not an excuse.”

“I started this journey 30 years ago,” Cunningham said outside the court after the hearing. “There wasn’t a day in my life up until this moment that I actually believed that the judicial system would come through for Black and brown girls. I stand here very proud of my judicial system, very proud of my fellow survivors and very pleased with the outcome.”

MUST READ:  BBNaija Season 7:How Nigerians Voted For Housemates,Christy O,Cyph,Khalid

Kelly was found guilty on nine counts by a jury last September, including one count of racketeering and eight counts of violating the Mann Act, a sex trafficking law.

Prosecutors in New York’s Eastern District accused Kelly of using his celebrity status and a “network of people at his disposal to target girls, boys, and young women for his own sexual gratification.”

The five-week federal trial in Brooklyn featured testimony from witnesses who claimed Kelly abused them sexually and physically. The court also heard from people who were involved in the disgraced R&B singer’s 1994 marriage to late singer Aaliyah when she was only 15 and he was an adult after she thought she’d gotten pregnant.

Jennifer Bonjean, Kelly’s attorney, said he would not address the court, citing Kelly’s other criminal case, but said before the sentence was read that her client “rejects that he is this monster.”

“He accepts that he is a flawed individual,” Bonjean said, “but he is not this one-dimensional monster that the government has portrayed and the media has portrayed.”

Kelly made his only comment in response to the judge after Bonjean said he wouldn’t speak: “Yes, your honour, that’s my wish.”

Bonjean said she advised Kelly not to speak at the sentencing because of pending litigation against him, but added, “he has regrets. And he is sad. Nobody wants to hear what he heard today.”

Related Topics:celebrity news
Up Next

Reason For Shakira And Pique Split Brought To Light