With an outstanding and emphatic victory at Stamford Bridge over the Old Lady, The Blues regained control of their Uefa Champions League fate and booked a place in the knockout stage, leapfrogging Juventus in Group H standings thanks to a superior head-to-head record.

Ferocious Blues hammered Juventus 4-0 in Uefa Champions League, thereby booking a place in the knockout stage of the competition. Goals came from Trevor Chalobah, Reece James, Callum Hudson-Odoi and Timo Werner on a night we can say perfect if not for the injuries suffered by Ngolo Kante, Ben Chilwell both players were withdrawn from the match.

This was Thomas Tuchel 50th game and one he will always remember.

With both clubs well ahead of the other two teams in Group H standings, the game started slowly as Juventus focused on suffocating the Premier League leaders’ attacking threat.

Juventus defence was unable to clear an Hakim Ziyech corner, the ball dropped nicely for Trevoh Chalobah to smash the ball home on his debut Uefa Champions League start, it took Chelsea 24 minutes to break down the Old Lady resistance.

For the 22-year-old, it was a memorable occasion, but his happiness was quickly snuffed out. Three minutes later, lvaro Morata was played in by Manuel Locatelli’s clever chipped ball, and the Spaniard delicately lifted the ball over the onrushing Édouard Mendy. Thiago Silva, despite he is 37 years old, came back to cut the ball off the line, denying the ex-Chelsea striker delicious payback. 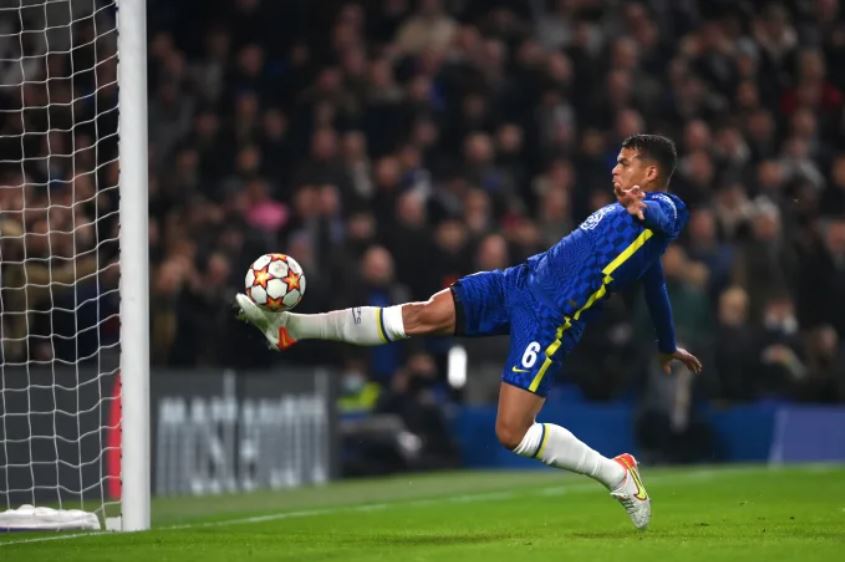 Chelsea proceeded straight after the halftime break in pursuit of a second goal to put them on top of the group, and it only took them 10 minutes to increase their lead.

A cross from Chelsea’s left flank found Reece James at the back post, who chested it down and fired a shot past former Arsenal goalkeeper Szczesny. Chelsea scored their third goal just two minutes later, as a great team play concluded in an easy finish for Callum Hudson-Odoi.

Timo Werner made it 4-0 deep into stoppage time, turning in a Ziyech cross to add insult to injury for Massimiliano Allegri’s side, who suffered their first four-goal defeat since 2004.

Thomas Tuchel made two changes in attack from the side that started the Blues 3-0 weekend win at Leicester City, with Hakim Ziyech and  Christian Pulisic coming in for Kai Havertz and Mason Mount. Pulisic led the line through the middle supported by Ziyech and Hudson-Odoi.

The rest of the team was unaltered as Trevor Chalobah made his first Uefa Champions League start at the back alongside Thiago Silva and Toni Rudiger, while Jorginho recovered from a knock to keep his place in midfield.