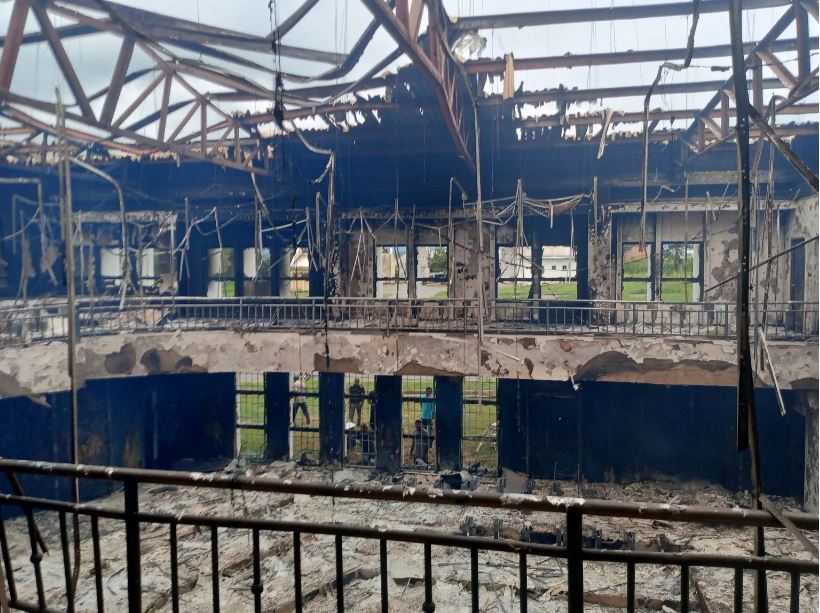 The Kogi State House of Assembly has been razed down by fire .

At the time of filing this report on Monday morning, the cause of the fire was unknown.

Enomaomoruyi news learned that the assembly gallery was completely destroyed.

The fire started at about 8 a.m. on Monday.

MUST READ:  Nigerian Railway workers embark on a 3-day strike

While speaking to journalists at the assembly complex, the Speaker of the House, Prince Mathew Kolawole, stated that the house will allow security agencies to investigate the incident.

He, however, stated that the assembly would continue to perform its duties as long as the house resolution concerning Dangote Cement Plc is in place.