Wolverhampton Wanderers 0-1 Arsenal: Gabriel goal in the first half was enough to earn 10-man Arsenal vital three points at Wolves; the Gunners push for a Uefa Champions League spot is closer courtesy of this win at Molineux.

In-depth match report and reactions from 10-man Arsenal 1-0 victory away at Wolverhampton Wanderers; the home conceded a goal from a corner kick for the first time this season and also conceded a goal in the first half since October. 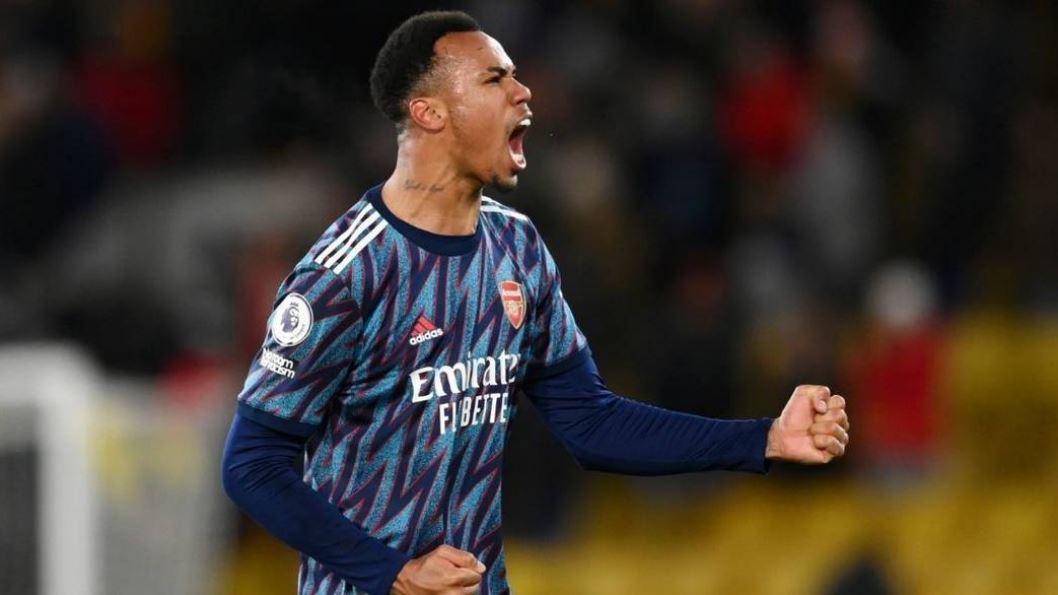 Gabriel goal in the first half was enough for 10-man Arsenal to see off Wolves, the Gunners hung on to claim a crucial three points in their UEFA Champions League hunt, despite the dismissal of Gabriel Martinelli in the 69th minute of play.

Gabriel goal in the 25th minute was enough to give ten-man Arsenal a potentially crucial win at Wolves. The Brazil international ended Arsenal four-game scoreless streak with a close-range finish from a corner, but the hard work was done after the away were reduced to ten men 20 minutes from time.

Wolves were only able to clear a corner partially, and White was involved, this time heading down into the danger zone for Gabriel goal just midway into the first half. Wolves’ response was ferocious, and they were unlucky to be behind at halftime, with Raul Jiménez’s header being easily collected by Aaron Ramsdale when the Mexican could have done better.

The second half began in a similar fashion, with Wolves in command, although the number of clear-cut chances did not reflect the amount of huffing and puffing. Arsenal’s game management was now the name of the game, something they had previously battled with, and repeated instances of time-wasting enraged the Molineux supporters.

Gabriel Martinelli didn’t help his team’s chances by picking up two yellow cards in the same game, attempting to prevent a fast throw-in and then preventing a Wolves counter seconds later.

A goal was the only thing the Wolves lacked. Romain Sass, Chiquinho, and Leander Dendoncker all tried their luck, but Arsenal’s tenacious rearguard kept them repelled all threw at them. Mikel Arteta’s side had gone four games without scoring before Gabriel’s goal, giving them only their second win in the past seven head-to-head meetings. While defeat isn’t ideal for Wolves, the chase isn’t quite over for Bruno Lage’s side, who have a six-point lead over West Ham with two games in hand.

MUST READ:  When my husband declines to give me money,Regina Daniels tells what she does

Reactions from Lage and Arteta

Wolves boss Bruno Lage:’We take the best of what we did and move on

Speaking on the defeat Lage said: “Disappointed because I think we were the better team. First of all, the tempo we put in was very good. I think we managed well the game. We created chances but didn’t score. We suffered one more time from a set-piece. When we got to the end, we didn’t score goals.

“I think we created a lot of chances, but when you look at the situations, especially our [disallowed] goal, no player got a touch on the ball, and he put the ball in his goal. Now we move on, continue to work like we are working and play as we play.

“It’s nothing new, another good performance, but disappointing result. We conceded one more time from a set-piece, in a strange situation. We take the best of what we did in the game and move onto the game against Tottenham.”

He added on the hunt for goals from his team: “Sometimes the goals come with the natural talent of the players because we’re creating a lot of chances, we put many players in the box, and it’s up to us to find the best moment to score goals. You can do more than we did tonight to score goals, just put the ball in the net, it seems so simple.”

Arsenal boss Mikel Arteta: Thanks to him we won the game’

The Arsenal boss praised the contribution of Rob Holding, who came in after Gabriel Martinelli was given his marching order.

“Today he deserves a lot of credit,” Mikel Arteta said after the game. “He was on the bench, he was ready to help. His attitude, his commitment to the team whether he plays every week or plays one minute, it’s incredibly good.

“He’s a really good influence for the rest. Today he really helped the team, the way he defended the box made a huge difference. Thanks to him we won the game.”