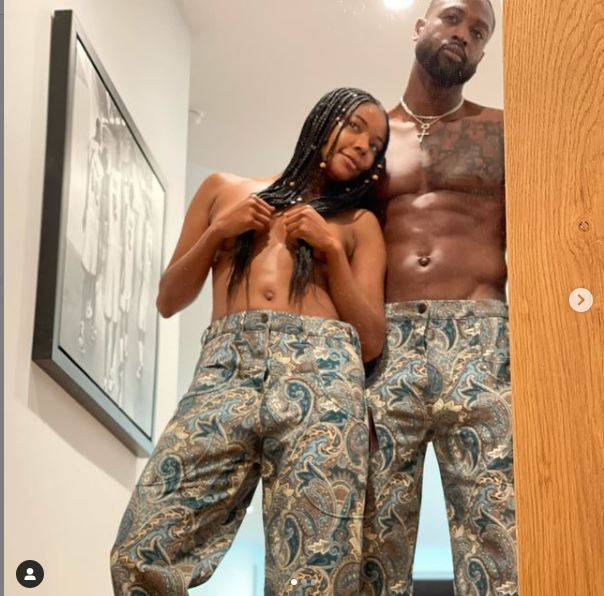 Union tweeted three images with her ex-basketball player spouse on Saturday, all of which show them wearing matching paisley-print slacks and nothing else.

The actress, who turns 49 on Oct. 29, captioned the photo, “Welcome to Scorpio [season],” a homage to her zodiac sign. 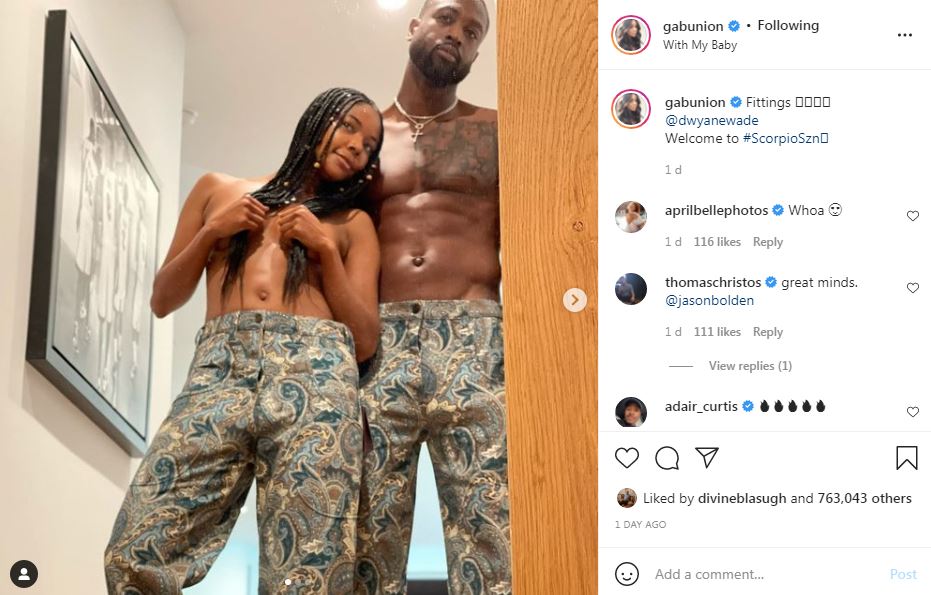 Fans and followers reacted with a burst of flame emojis after seeing the couple’s steamy shoot.

“Your abs are obnoxious… This is something I’m going to report on “Jemele Hill, a sports journalist, cracked a joke.

“I’m baffled as to how you appear so young! That’s OBSCENE, “Yvette Nicole Brown, an actress, answered.

Union uploaded a video of another topless incident earlier this month, comparing it to revealing her personal life in her new memoir, You Got Anything Stronger. In the book, she discusses her former relationship issues with Wade as well as the emotional surrogacy process that led to the birth of their daughter Kaavia, who is now almost three years old.

MUST READ:  Actress Osas Ighodaro Honored To Be Featured In Netflix Magazine

“When people ask how it feels to be so publicly vulnerable, I give strong dancing cricket feelings. This is it, right here “She expressed her dissatisfaction with her flashing photograph. “Being vulnerable, on the other hand, can be a difficulty if you’ve ever felt like you’re about to die from embarrassment, but let me tell you, it’s actually FREEDOM. Vulnerability can exist alongside peace and joy.”

Related Topics:celebrity news
Up Next