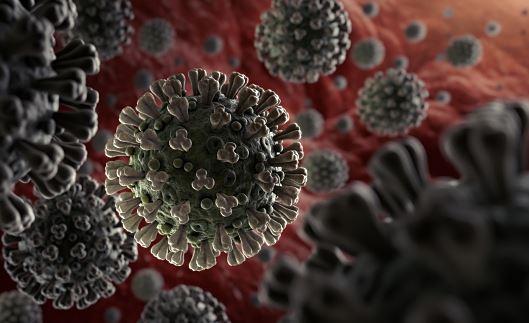 The number of Covid cases in Germany has reached an all-time high, prompting Merkel to issue a ‘dramatic’ warning.

Germany experienced its topmost single-day increase of Covid-19 infections, with Chancellor Angela Merkel describing the situation as “dramatic” and blaming it on the fourth wave “striking our country with full force.”

Within the last 24 hours, the Robert Koch Institute (RKI), Germany’s disease and control centre has reported 65,371 new cases, an increase of 12,545 new infections over the previous 24-hour period.

However, these estimates are likely to be underestimated, and the true number of infections might be “twice or three times as many,” according to RKI chief Lothar Wieler, who spoke with Saxony’s state premier Michael Kretschmer in an online chat on Wednesday evening.

According to RKI data, the government reported 264 Covid-19-related deaths from Wednesday to Thursday, bringing the total number of deaths in Germany since the epidemic began to 98,000.

RKI reported that Germany’s seven-day incidence rate reached new highs of 336.9 cases per 100,000 persons, up from 249.1 instances reported a week before.

With slightly over 67 per cent of the population completely vaccinated, Germany has one of the lowest vaccination rates in Western Europe. According to the RKI, almost 33% have no protection against the infection.

Experts claim this is one of the reasons why infections have reached new highs, assisted by the Covid-19 vaccinations’ diminishing immunity and the more infectious Delta version.

“Since the vaccination campaign began in Germany at the beginning of this year, we’ve seen some age groups and individuals lose their immunity to Covid-19 rather quickly,” said Tobias Kurth, a professor of public health and epidemiology at Berlin’s Charité university hospital.

“The present epidemic scenario in Germany is dramatic, there’s no other way to put it,” says the expert “On Wednesday, outgoing Chancellor Merkel addressed mayors from throughout Germany.

Hospitalizations and mortality are at considerably lower levels than in prior peaks, but as the country enters the winter months, there is rising concern about vaccination coverage gaps.

“Acting just when the intensive care units are full would be a disaster, since then it would be too late,” she continued.

As a result of the situation, Germany is on pace to become the next country to implement harsher vaccination requirements on those who have not been fully immunized.

On Thursday, three of the country’s potential new coalition government’s parties will debate a draft law that would impose harsher standards.

In an expansion of the country’s “3G” system, which required a negative Covid-19 test to access particular venues and settings, the new regulations would require Germans to show proof of vaccination or a certificate of recovery in order to ride a bus or board a train. Free Covid-19 tests, as well as the ability to work from home whenever possible, would be reinstated.

On Sunday, Green Party co-leader Robert Habeck told German public network ARD that the current laws are a “lockdown for the unvaccinated.”
Merkel will also meet with the leaders of Germany’s 16 federal states to discuss the implementation of stronger Covid-19 limits.

“We simply have too many Covid-19 infections every day,” Kurth said to the media, adding that a country-wide lockdown may be the only choice at this point in Germany’s fourth wave.

“Even if people are vaccinated, they can spread the virus to others, resulting in an increase in cases.” Unfortunately, we may need to consider going even further and installing curbs for the entire population,” he continued.

Unvaccinated people are already subject to limitations in Berlin, where confirmation of full vaccination or recovery from Covid-19 in the last six months is required for entrance to pubs, restaurants, theatres, and other entertainment places as of Monday.

However, the current outbreak is primarily hitting the country’s southern and eastern regions, where vaccine uptake is lower.

As policymakers urge the people to get inoculated, the rate of immunizations has increased. “Over 500,000 persons in Germany were vaccinated in one day yesterday for the first time since August,” Germany’s interim Health Minister Jens Spahn tweeted on Thursday.

This included 381,560 booster shots, which he described as “critical to breaking this 4th wave.”
In an attempt to address diminishing immunity from a two-dose schedule, Germany’s vaccine advisory group suggested boosters for everyone over the age of 18 on Thursday.

Despite the fact that vaccines are more widely available this winter than last, Europe’s Delta-variant-fueled fourth wave has rendered it the only region to observe an increase in Covid-19-related deaths in the past week, according to the World Health Organization.

If the coalition’s proposed restrictions are approved, Germany will be closer to its southern neighbour Austria, where a lockdown targeting unvaccinated persons went into effect on Monday. It prohibits unvaccinated people, who account for more than a third of the country’s population, from leaving their houses except for a few limited circumstances.

As “new coronavirus infections continue to rise quickly,” Salzburg’s local administration declared on its website on Thursday that the lockdown would be extended to the entire population living in the provinces of Salzburg and Upper Austria.

Austria, where vaccine uptake is lower than in Germany, is experiencing a severe outbreak of illnesses, with a day total of 15,145 new cases reported on Thursday.
The seven-day incidence rate in the country also touched a new high of 989 instances per 100,000 persons.

The seven-day incidence rate in the country also touched a new high of 989 instances per 100,000 persons.

Spain and Portugal, on the other hand, have escaped the worst of the winter storm after having the highest immunization rates in Europe.
France, which has about 75% of its population vaccinated, is faring better than its neighbours in the face of the latest outbreak.

In an interview with French media LCI on Thursday, French government spokesperson Gabriel Attal revealed that about 5 million French has gotten their Covid booster vaccine shot.

“This is a substantial amount of information. It puts us ahead of the majority of our European peers, but it is still insufficient “According to Attal. “We have to keep going.”