Ghana 2-3 Comoros: The final game in Group C was expected to be tense and it sure lived up to it. Debutant Comoros achieved their first-ever victory at the Africa Cup of Nations (AFCON) with a dramatic 3-2 win that put 10-man Black Stars of Ghana out of the group stage for the first time since 2006.

Black Stars of Ghana crashed out of the Africa Cup of Nations group stage for the first time in 16 years; their exit came as a loss to debutant Comoros 3-2, a team that is ranked 132nd in the world. This loss might be welcomed by Arsenal, as they can have Thomas Partey for Sunday’s Premier League match at the Emirates against Burnley. 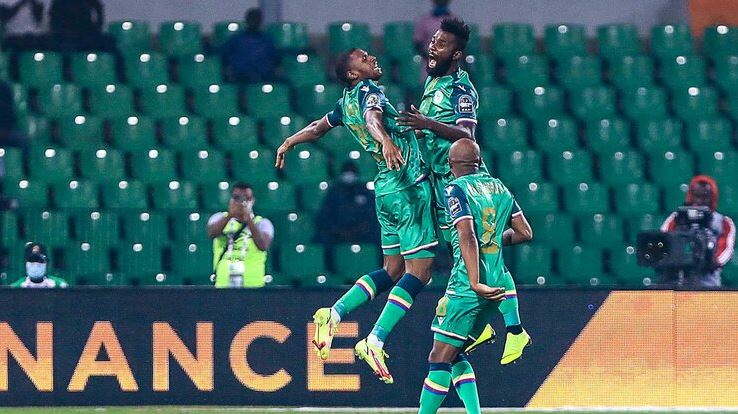 Ghana ousted from the Africa Cup of Nations at the group stage after an awful 3-2 defeat to debutant Comoros in a game that saw Andre Ayew sent off.

Comoros started the competition looking for their first-ever goal at the Africa Cup of Nations(AFCON) after failing to score in their first two group games, but fans of the ‘Les Coelacanths’ would not have to wait much longer.

El Fardou Ben Nabouhane capped off a quick counterattack in the fourth minute, driving the ball into the bottom corner to give his side a crucial lead. On the brink of a shock exit from the tournament, Ghana’s task became all the more difficult, when André Ayew was shown a controversial red card in the 25th minute.

The Al-Sadd man was dismissed for a challenge on goalkeeper Salim Ben Boina, which led to the Comoros number one being replaced by Ali Ahamada.

The ‘Black Stars’ rallied well after Ayew’s departure and were inches away from equalizing just before half-time when Thomas Partey’s powerful free-kick went just wide.

Despite a poor start in the second half, the game picked up steam shortly after the hour mark. Ahmed Mogni doubled his team’s lead when he gained a yard of space on the edge of the box and fired past Joe Wollacott.

However, Ghana’s two-goal lead was short-lived, as substitute Richmond Boakye headed home Daniel-Kofi Kyereh’s corner-kick to put the Black Stars back in the game.

With the momentum in their favour, the 10-man Black Stars began to put pressure on the Comoros defence, and in the 77th minute, Alexander Djiku swept home a corner kick to restore parity.

Comoros snatched all three points despite squandering a two-goal lead when Mogni scored his second goal of the evening, poking the ball into the awaiting net from close range. Comoros’ tight victory may not be enough; they must now see if they can qualify as one of the four best third-placed teams.