Bassey could not produce his First School Leaving Certificate, according to the Panel 1 Committee, which included DIG Suleiman D. Fakai (Rtd) as Chairman, Hon Chidi Nwogu as Committee Secretary, and Ambassador Paul Oyiborume as a member.

Cross River Governor, Professor Ben Ayade’s preferred candidate for the upcoming governorship election in the state, Senator Bassey Edet Otu, has been disqualified by the All Progressives Congress(APC) screening panel after failing.

Bassey could not produce his First School Leaving Certificate, according to the Panel 1 Committee, which included DIG Suleiman D. Fakai (Rtd) as Chairman, Hon Chidi Nwogu as Committee Secretary, and Ambassador Paul Oyiborume as a member. 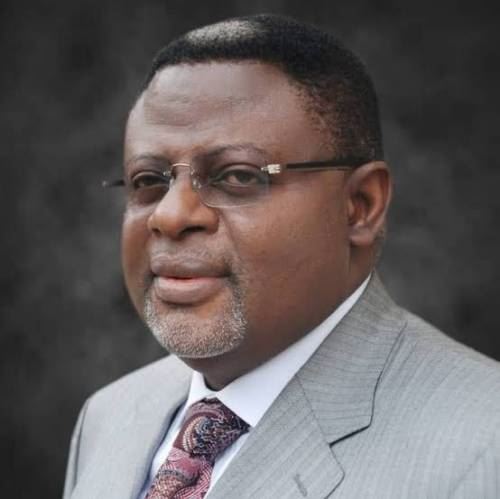 The committee received a petition alleging that Bassey is an ex-convict with questionable credentials.

“Senator Bassey Edet Otu was disqualified by the screening committee,” according to a document obtained by SaharaReporters on Friday (Governorship). We also received a petition from Messrs B. I. Dakim & Co. on May 14, 2022, opposing Senator Bassey Ede Otu’s nomination.

“The petition was filed for two reasons:

“Aside from this petition, there is no other Appeal or Petition regarding any other nomination.

“The Committee, after due scrutiny of the content of the Petition and the supporting documents, found no evidence to substantiate the allegation of conviction of the aspirant before any court of law.

“However, with regards to the allegation of his questionable academic credentials, the subject could neither produce his First School Leaving Certificate nor his WAEC (West African Examination Council). He could only produce his secondary school testimonial.

“In the circumstances, therefore, the Committee has no option but to declare this matter as inconclusive.”

Basey was elected Senator for Cross River South on the Peoples Democratic Party platform in the April 2011 elections.

On May 10, he was announced as the All Progressives Congress (APC) consensus candidate for the 2023 Cross River governorship election, beating out 18 other candidates.