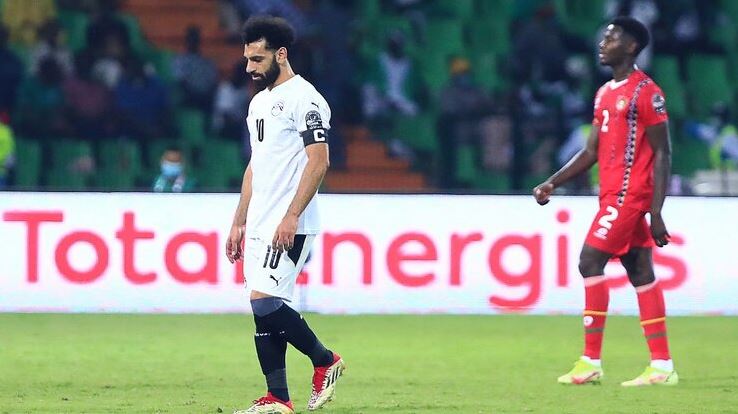 Pharaohs of Egypt launched their Africa Cup of Nations (AFCON) campaign, defeating Guinea-Bissau and ending a run of five matches in which the ‘Pharaohs’ had failed to win within 90 minutes.

Guinea-Bissau 0-1 Egypt: The two teams came into this game without a single goal in eight matches and while the unwanted record continued in the first half, both teams had opportunities to change that.

Guinea-Bissau’s Fali Candé hit his free-kick attempt narrowly over the crossbar in the ninth minute, but it was Pharaoh’s of Egypt who came closest, with Mo Salah and Mostafa Mohamed hitting the post either side of that strike.

The ‘Pharaohs’ of Egypt began to exert themselves as the half progressed, but the ‘Djurtus’ defended resiliently against the waves of Egyptian attacks as halftime approached.

The second half got off to a tame start as Guinea-Bissau did a brilliant job of neutralizing their more illustrious opposition while being unable to conjure the quality required to pose a threat of their own.

MUST READ:  There are no plans to stop the Premier League

Zizo could have doubled Egypt’s lead soon after, instead of becoming the third ‘Pharaoh’ to hit the post. Guinea-Bissau thought they had restored parity, Mama Baldé – the last player to score for the ‘Djurtus’, beat Omar Kamal on the wing and sent an outstanding strike flying just inside the far post. However, he was adjudged to have fouled the defender by the referee after a check on the pitchside monitor.

Moreto Cassamá who was outstanding in the game hit a ferocious shot in the closing moments, but Mohamed El-Shenawy was equal to it as Pharaoh’s secured an unconvincing win and might give them confidence, as well as seeing them leapfrog their opponents on the day to go second in Group D.

Meantime, Guinea-Bissau is yet to win a single Africa Cup of Nations (AFCON) match with their third finals appearance ending with a match against already qualified Super Eagles of  Nigeria.

The full-time result of the second-round match in group D it is Guinea-Bissau 0-1 Egypt. The Djurtus might felt outdone by the VAR decision that ruled out their goal.