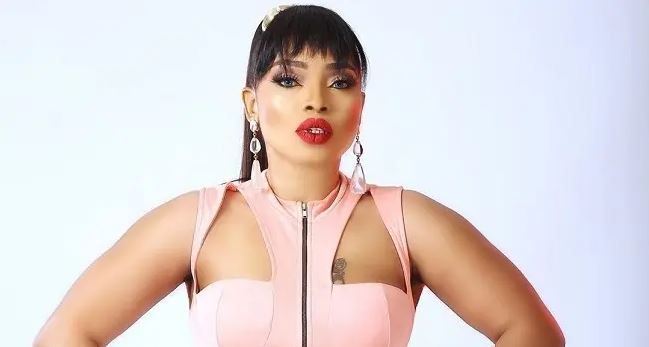 Recall that in September 2022, Halima had called out Suleman on social media while claiming the pair once dated.

After that, the situation seemed to have subsided as news of Halima’s struggle with an unspecified disease spread.
However, the movie actress stated in a recent interview that they dated for “six years.”

MUST READ:  BBNaija Season 7:Meet The First 12 'Level Up' Housemates

The actress further said that when the first rumours about their alleged affair surfaced, she asked the cleric for advice on what to say, but “he advised me to go and die.”

Halima was questioned about whether or not she had ever been pregnant for Suleman in a now-viral interview footage.

“Yes, I was once pregnant for him,” she said.

When quizzed further on why she did not keep the pregnancy, she said: “When I lost the baby, he was crying, you would think it’s real because he was shedding tears that I lost his child.

“It’s crazy. I got pregnant three times for him. The last one got me bleeding…I had to take tablets to stop it…”

On how long it took the bleeding to stop, she replied “for four years, I actually just came out since I have been in a long spiritual battle…the blood just stopped rushing, you won’t believe it.”

Halima Abubakar bled blo0d for 5 years:
How I lost three pregn@ncies to Apostle Johnson Suleiman says Halima.
Chai…many women are suffering ooo in the hands of wicked men and I pray that women out there should thread with caution.
You can see she’s looking confused and haggard. pic.twitter.com/Exi2qkynEJ

In another interview clip, Halima claimed that the cleric had slept with her while she was bleeding

“He was sleeping with me even while I was bleeding. That’s the dangerous part of it, and he was telling me he couldn’t sleep with any other person, that’s why,” she added.

“The whole thing took me unaware because I was naive and not a spiritual person. Even when I’m on my period, he does that (sleeps with me).”

Halima said she is ready to go to court to prove that the pair had an affair.