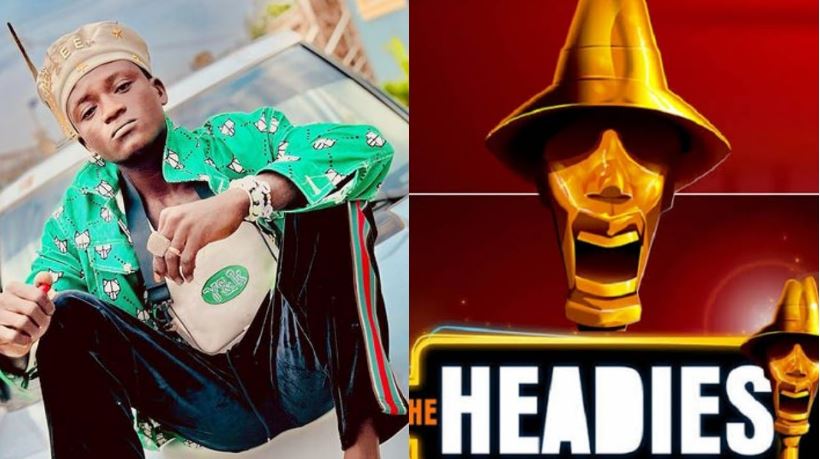 The Headies Awards organizers have removed singer Habeeb Okikiola, professionally known as Portable, from the list of nominees.

Portable was disqualified because he threatened to kill his fellow nominees.

Remember that on May 25, 2022, Portable threatened to kill or harm the other nominees in the same categories of awards for which he was nominated if he did not win.

MUST READ:  2Baba shows off his daughter's talented artwork(video)

The singer was nominated for ‘Rookie of the Year’ and ‘Best Street-Hop Artiste.’

However, according to a statement issued by the organizers on Tuesday, Portable was disqualified from its 15th nominees’ list in order to send a strong message that reckless and uncouth statements are not tolerated.

It also mentioned a number of misdemeanours committed through Portable’s social media platforms, as well as the singer being the subject of a criminal investigation.

MUST READ:  BBNaija star, Phyna tells critics who dislike her attitude what to do

“On July 15, 2022, Mr Habeeb Okikiola posted a video on his social media platforms claiming to be the founder of the notorious cult group ‘One Million Boys.’ Over the years, the aforementioned group has gained notoriety for maiming and robbing innocent Nigerians.

“He said, ‘Have you heard of Ajah boys, One Million Boys?’ ‘I created them.’ Furthermore, on June 17, 2022, Mr Habeeb recorded himself ordering his friends to assault and inflict bodily harm on his accused friend, DJ Chicken. ‘Ena eleyi paa jo (beat him mercilessly,’ he said, according to the statement.

MUST READ:  Photos,Prayers As Yul Edochie Celebrates His Youngest Child Birthday Who Clocks A Year
Related Topics:naija celebrity news
Up Next

Headies Awards:Portable Reacts After Being Disqualified