Headies Awards:Portable Reacts After Being Disqualified 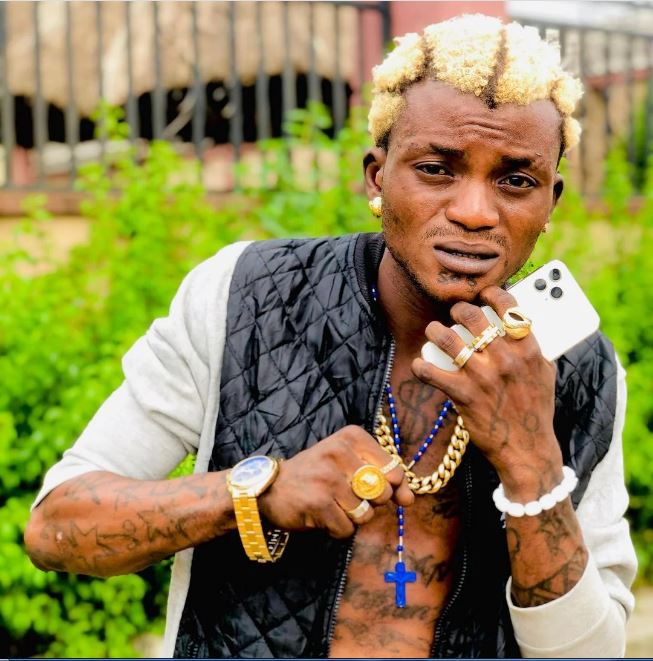 Habeeb Okikiola, professionally known as  Portable, a popular singer, has reacted to his disqualification from the Headies Awards.

Enomaomoruyi reported earlier that Portable was disqualified from the Headies Awards, for threatening to kill his co-nominees.

MUST READ:  Kim Kardashian and Pete Davidson are officially courting

Remember that on May 25, 2022, Portable threatened to kill or harm the other nominees in the same categories of awards for which he was nominated if he did not win.

Portable was nominated for ‘Rookie of the Year’ and ‘Best Street-Hop Artiste.’

Mr Habeeb Okikiola was disqualified from the 15th nominees’ list, according to the organizer, in order to send a strong message that reckless and uncouth statements are not tolerated.

It also mentioned a number of misdemeanours committed through Portable’s social media platforms, as well as the singer being the subject of a criminal investigation.

Portable responded to the disqualification in an Instagram video, saying he does not regret his actions.

“I am a child of light. I have fame, I have money, I have cars, I have wives, I have children. I am rich. People know me everywhere. I don’t regret my actions,”  Portable said while fondling his wife.

MUST READ:  Freed Nollywood Actress,Cynthia Okereke Recounts Her Ordeal At The Hands Of Kidnappers
Related Topics:naija celebrity news
Up Next