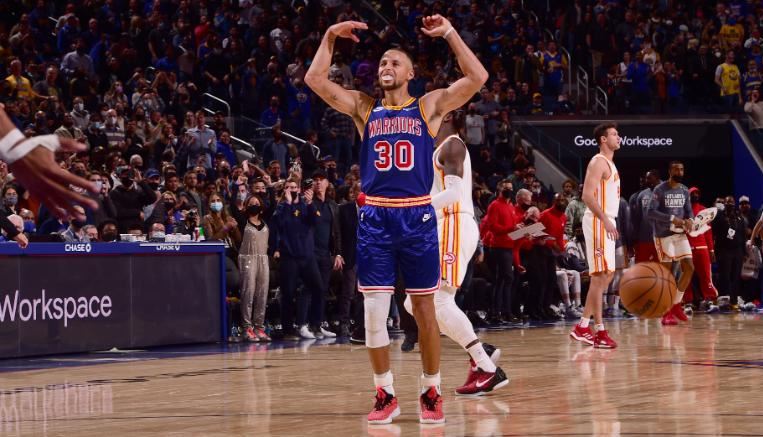 Steph Curry set a career-high with 50 points and 10 assists, passing Wilt Chamberlain as the oldest player to do so in NBA history, as the Golden State Warriors continued their hot start to the season with a 127-113 win over the Atlanta Hawks on Monday.

The 33-year-old loaded the rest of his stat sheet with seven rebounds, three steals, and a block to help Golden State rally from a 15-point second-quarter hole and finish with a league-best 9-1 record.

Steph Curry had been surprisingly quiet recently by his own standards, scoring 20 points or fewer in each of his previous four games. However, his 50-point outburst — his 10th 50-point game in his career — prompted fans inside Golden State’s Chase Center to yell “MVP! MVP!” again.
Head coach Steve Kerr told reporters, “That was absolutely a stunning performance by Steph.” “He was incredible.” I’d like to say I’ve never seen anything like that, but I’ve been watching it for seven years, so I have, and it’s still awe-inspiring to see.”

MUST READ:  We can play better but I'm thrilled with the four goals:David Moyes

Curry made nine of his 19 three-point attempts against the Hawks, becoming the first player this season to reach the 50-point milestone.

Thompson, widely regarded as one of the best shooters in NBA history, has missed the entire last two seasons due to Anterior Cruciate Ligament and Achilles injuries.

However, after a 29-month absence, the three-time NBA champion is close to returning to action and has allegedly begun practising three-on-three with the Warriors.