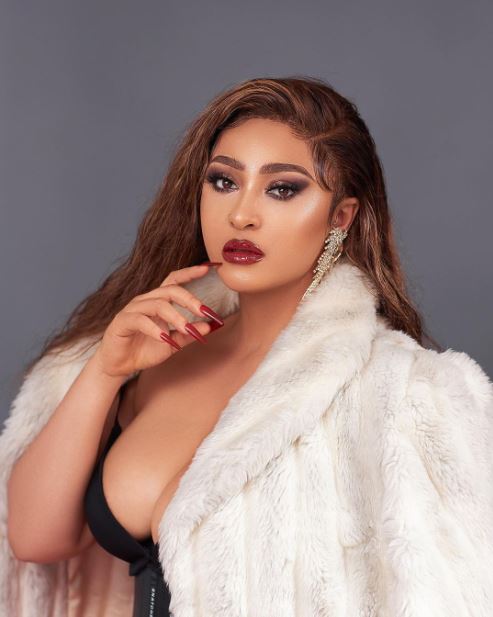 Rosy Meurer wrote this: At the end of the day… I know that I am a good person. I am far from perfect, but my intentions are good; my heart is pure, and I love everything I have. Because of these things, I AM WORTH IT. ALWAYS HAVE BEEN, ALWAYS WILL BE on her verified Instagram handle to addressed all trolls that have been on her case since she sent a harmless birthday wish to her stepson.

Full name  Rosaline Ufuoma Meurer was born on February 15th,1992, is a Gambian-born Nigerian actress and producer. She is most known for her 2014 role as Kaylah in the TV series Oasis and 2018 role as Kemi Alesinloye in Ayo Makun’s Merry Men: The Real Yoruba Demons.

The beautiful and gorgeous actress grew up in The Gambia where she had her early education. She has a diploma in business management and studied photography.

Rosy Meurer liked planes and flying as a child and aspired to be an air hostess or a pilot. She began her modelling career in The Gambia before relocating to Nigeria in 2009. Desmond Elliot, a Nigerian actor and politician, spotted her in The Gambia in 2009 and recommended her to pursue acting in Nigeria.

She relocated to Lagos, Nigeria, and began her acting career, appearing in tiny roles in Emem Isong’s Spellbound in 2009 and In the Cupboard in 2011.

She also had a tiny role in Weekend Getaway in 2012. She took a break from acting after starring in the 2012 film and returned to school in The Gambia before returning to Nigeria to resume her acting career.

When she returned in 2014, she joined the cast of the TV show Oasis, where she played Kaylah, a lead character. She starred in Red Card and Open Marriage the next year, and as Nneka in Damaged Petal.

Her debut film, The Therapist’s Therapy, was later produced by her. She acted as Valerie in Eniola Badmus’s film Karma and as Kemi Alesinloye in Ayo Makun’s Merry Men: The Real Yoruba Demons in 2018.