"I Had Menstrual Flow That Last 3-4 Weeks and I Was In Pain"-Wizkid Ex,Tania Omotayo Recounts Struggle with Endometriosis(Video)

“I Had Menstrual Flow That Last 3-4 Weeks and I Was In Pain”-Wizkid Ex, Tania Omotayo Recounts Struggle with Endometriosis 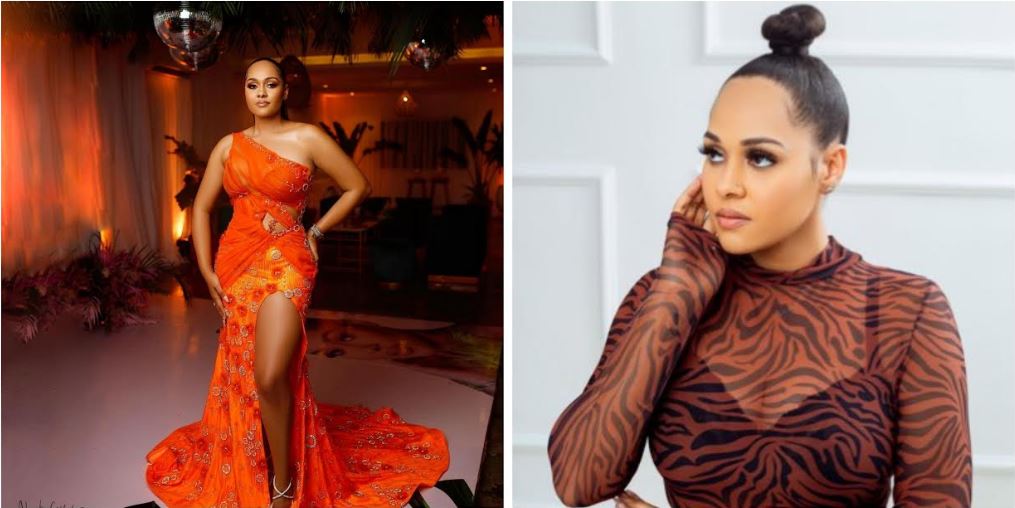 Tania Omotayo in a recent interview recounts her struggle with Endometriosis disease that has caused her to bleed for weeks.

Endometriosis is a female reproductive system disease in which cells that resemble those found in the endometrium, the layer of tissue that normally covers the inside of the uterus, grows outside the uterus. Most commonly, this occurs on the ovaries, fallopian tubes, and tissue surrounding the uterus and ovaries; however, it may also occur in other parts of the body in rare cases.

Pelvic pain, heavy periods, pain with bowel movements, and infertility are some of the symptoms. Nearly half of those affected experience chronic pelvic pain, with pain occurring in 70% of cases during menstruation. Pain is also common during sexual intercourse.

MUST READ:  3 Years Ago God Gave Me A Boy Against UltraSound Scan Result Of A Girl-Actress Chacha Reveals As She Mark Son's Birthday

Infertility affects up to half of those affected. About 25% of people have no symptoms, and 85 per cent of those seen in a tertiary centre for infertility have no pain. Endometriosis can have social and psychological consequences.

Entrepreneur, Tania Omotayo in an interview with media personality Chude Jideonwo reveals her struggle with Endometriosis disease since the age of twenty-three.

The ex-lover of Wizkid revealed during the interview that was she screaming, and rolling because of the excruciating pains and compared her situation with that of Africa Magic movies when somebody dies and they’re rolling on the floor.

Tania also revealed that has seen several doctors and visited hospitals all around the world just to get treated for the disease but doctors made a mockery of her, saying it is only in her head and there is absolutely nothing wrong with her.

MUST READ:  BBNaija season 7:Rachel and Chichi in war of words over evicted Giddyfia's eggs

She added saying her menstrual flow last for like three to weeks and it comes with so much pain. Furthermore, Tania revealed that she was admitted regularly to the hospital to get an injection for pain or to sleep.

‘She’s just a young girl looking for attention, there’s nothing medically wrong with her,” Tania quoted the doctor’s statement to her Father in the hospital which surprised her despite the pains she was going through.

Tania Omotayo’s statement read: Have you watched Africa Magic movies when somebody dies and they’re rolling on the floor?

That was me in the hospital. Yeah, with white doctors looking at me like I was crazy. I was screaming, I was rolling, because I knew deep down, in the last 3 years, maybe 10 years before that.

When I tell you I’ve been to every doctor, every hospital worldwide, in every continent. My dad and I went to Austria. They told him it was in my head and I was looking for attention that there was absolutely nothing wrong with me.

I was in pain. I had really heavy periods. I would bleed for like 3 weeks to 4 weeks. I was in so much pain, I had to go to the hospital to get an injection for pain or to sleep. I was constantly admitted in the hospital and the doctor actually told my dad to my face, in front of me, not like he said it behind my back, ‘She’s just a young girl looking for attention, there’s nothing medically wrong with her’.”