Gorgeous Juliet Ibrahim shared stunning photos on her Instagram handle with the caption: I love the Woman I’m becoming. She doesn’t settle for less than she deserves because she knows her worth. 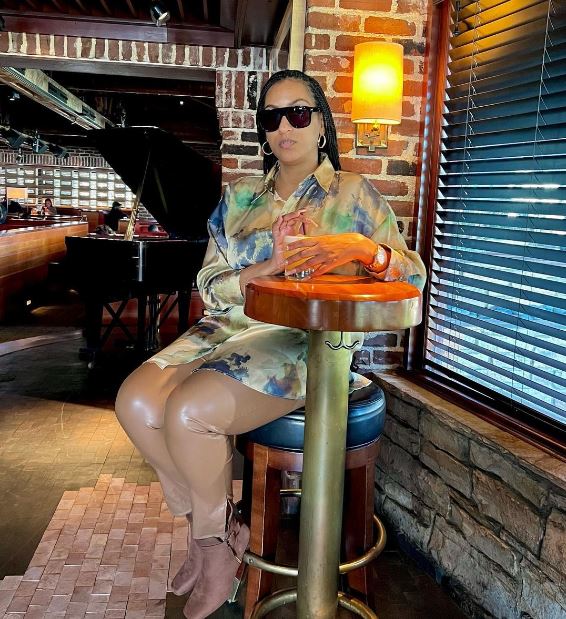 Juliet Ibrahim is a Ghanaian actress, film producer, Bilingual Actor, Author, MC, brand Influencer, Entrepreneur, Speaker of Lebanese, Ghanaian and Liberian descent. She won the Best Actress in a Leading Role award at the 2010 Ghana Movie Awards for her role in 4 Play. She has been referred to as the “Most Beautiful West African Woman” according to A-listers Magazine.

The Ghanian actress beauty is so striking and everyone that comes across her always makes remarks about her beauty. Most of the comments from her fans on the pictures she shared on Instagram handle point towards are radiating beauty.

Juliet Ibrahim romance with Iceberg Slim went sour some time ago, could it be that the Ghanian actress is saying she’s more mature and sensible about relationships, going by her caption on the pictures shared on Instagram. Juliet has over six million followers on Instagram.

The Ghanian actress made her acting debut in the 2005 movie Crime to Christ starring Ghanian star actor Majid Michel. Juliet first Nollywood movie was Yankee Boys and she has featured in more than 50 films afterwards. In 2014 she produced her first movie Number One Fan, where she stars as an actress being stalked on by a fan in the film.

MUST READ:  "Don't play with me professional liar"-Halima Abubakar reveals receipts of her affair with Apostle Suleman

Her 2nd movie ‘Shattered Romance which paraded Nigerian and Ghanaian actors, launched amidst fanfare in Accra, Ghana on 5 December 2014. Her new TV series; ‘Every Woman Has A Story’ where she debuted her directorial skills are airing on Terrestrial Tv and her new Reality Show, The Perfect Assistant, TPA will be unveiled soon. She has also featured in Twi movies, in Yoruba language films. and also in Ladan Aure, a Hausa Language movie.

Movies Juliet Ibrahim has featured in…