I Went Down Memory Lane To Provide Specific Instances With No Intention To Humiliate Buhari, Osinbajo And Others-Tinubu Retracts Explicit Comments Following Backlash 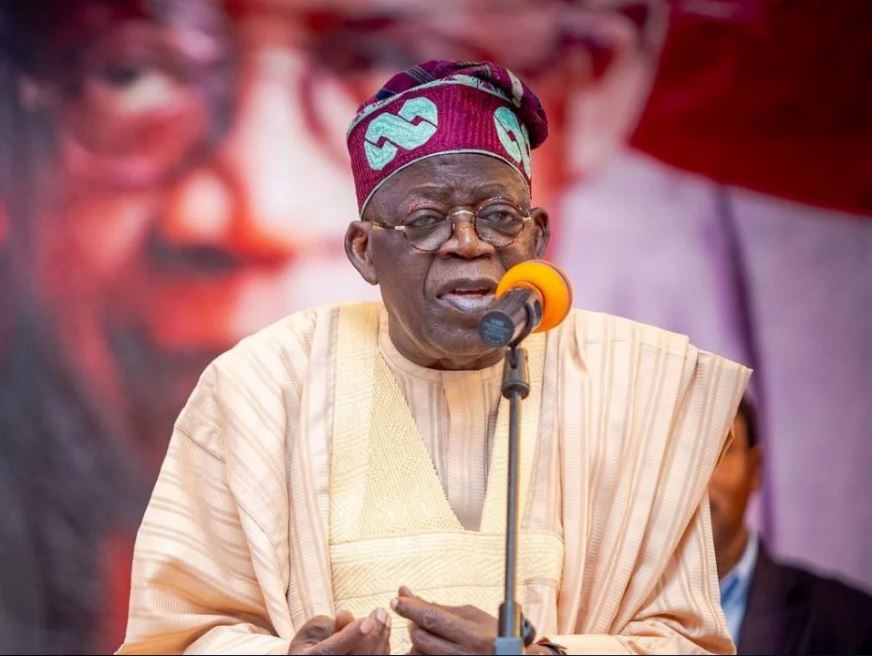 Presidential aspirant of the ruling All Progressives Congress (APC), Bola Ahmed Tinubu has claimed that his remarks in Ogun State were not intended to humiliate President Muhammadu Buhari, Vice President Yemi Osinbajo, or Governor Dapo Abiodun.

Tinubu stated on Thursday while meeting with APC delegates in Abeokuta, that he appointed Buhari, Osinbajo, and Abiodun as President, Vice President, and Governor, respectively.

“You have not heard this from me before. This is the first place I am saying this,” Tinubu who addressed the delegates in Yoruba said.

“If not for me that led the war front, Buhari won’t have emerged. He contested first, second and third times, but lost. He even said on television that he won’t contest again.

“But I went to his home in Katsina, I told him you would contest and win, but you won’t joke with the matters of the Yoruba.

“Since he has emerged I have not been appointed minister. I didn’t get nor request a contract. This time, it’s Yoruba’s turn and in Yorubaland, it’s my turn.

MUST READ:  Update:Chief Justice Of Nigeria,Tanko Muhammad Resigns From His Position

“The second time, he picked another Igbo, (Edwin) Ume-Ezeoke, Nigerians didn’t vote for him. And he said that even if he went to bring the Pope to run as his deputy, Nigerians won’t vote for him, but he said, ‘You, Bola Tinubu, you have six governors, you have never lost an election before, come and be my deputy.”

“He knew all the calculations then favoured us, that is why he wanted me as his deputy, but I told him to let us build the party first. And when we finished building the party after we brought in people from the PDP, (Bukola) Saraki now saw that those from the PDP would not get anything if Buhari, a Muslim, became the president and me, also a Muslim, became his deputy. He won’t get the Senate president because the Senate president cannot also be a Muslim; that was how they started the campaign of calumny against me.

“And I told them that I have a candidate that is a Christian that I could nominate so that the party would not break. That was how I nominated Vice President Yemi Osinbajo. I surrendered my right to him (Osinbajo).

MUST READ:  Joe Biden and Vladimir Putin hold talks over hostility between Russia-Ukraine

The ex-Lagos Governor is currently being chastised for his remarks.

Bayo Onanuga, his spokesperson, responded in a statement, Tinubu said he only went down memory lane to provide specific instances when he brought his political clout and strategic skills to assist individuals, groups and tendencies in the party to gain political power.

The statement read, “It is on record that the leading presidential aspirant in the forthcoming primaries of the All Progressives Congress, Bola Tinubu addressed the national delegates of the party in Ogun State, with Governor Mr Dapo Abiodun in attendance.

“In his effort to convince the party delegates to vote for him at the primaries, he went down memory lane to provide specific instances when he brought his political clout and strategic skills to assist individuals, groups and tendencies in the party to gain political power.

“These factual references are already in the public realm. They have been reported and analysed in the media in the last eight years. They are, therefore, matters of public knowledge. While we recognise that recent unexpected interventions in the timetable and the heat generated by the proximity of the event might have led to some anxiety, this campaign organisation believes that the main thrust of Asiwaju’s presentation was his huge contributions to the formation and electoral success of the All Progressives Congress should count in his favour as a true party man who desires to be the flag bearer.

“Since the video of the speech he delivered in Yoruba hit the social media, varied interpretations have been given to the speech, which in the main was about Governor Abiodun, who in the true tradition of Yoruba culture bowed to his leader after Tinubu’s short speech.

“The Tinubu campaign is not surprised why the opposition in the APC has decided to turn and twist the statement.

The former Lagos governor, a great party man remains the man to beat at the party’s convention on Monday. We are least surprised that he is the target of well-calculated and most unkind virulent attacks.”