An Abuja based cleric Prophetess Rose Kelvin has urged married men to make love to their wives during their menstruation.

Prophetess Rose Kelvin has rebuked married that use their wife’s mensuration as an excuse to have extra-marital affair.

The Abuja based cleric made this known on her Instagram account(prophetessrosekelvin_ministry), Rose narrated an ordeal of a man who contracted  HIV while he left his wife who was mensurating to go have sex with another lady. The man claims that the wife is unclean during mensuration. The Cleric added that the wife tested negative despite having unprotected sex with the husband who tested positive for HIV. 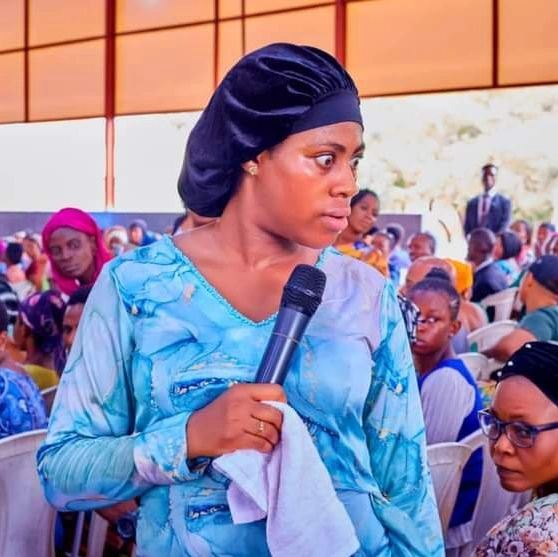 According to the Centers for Disease Control and Prevention(CDC), it says that HIV can enter a person’s body during vaginal sex through the delicate tissue that lines the vagina and cervix. With this scientific knowledge, Prophetess Rose Kelvin’s story remains debatable.

A MAN GOT INFECTED WITH HIV WHILE HE ABSCONDED FROM MAKING LOVE TO HIS WIFE, DUE TO HIS CLAIMS OF HER BEING UNCLEAN AS A RESULT OF THE BLOOD.SURPRISINGLY, WHILE HE NARRATED HIS ORDEAL OF HOW HE CONTRACTED HIV, HE EVEN MENTIONED HE HAD NEVER HAD AN AFFAIR OUTSIDE HIS WIFE WITHOUT A CONDOM… Whereas his wife is HIV – while he’s hiv+

MUST READ:  2023: 'Obidients' will soon run out of steam-Gov Obaseki mocks Obi's supporters

If your wife is on period and you’re pressed, go ahead and make love to her if you’re too pressed, or use a condom, never use her period as an excuse to cheat on her, if you truly love her, you can enjoy the process even in the pool…And you calling her unclean, how clean are you before God?

“Men Will Use Either Money or Relationship To Have Sex With You”-Janemena Slammed Tonto,She Hit Back