I’m too sweet in the middle-Actress Evan Okoro yells partying with Yul Edochie, Jnr Pope, and others 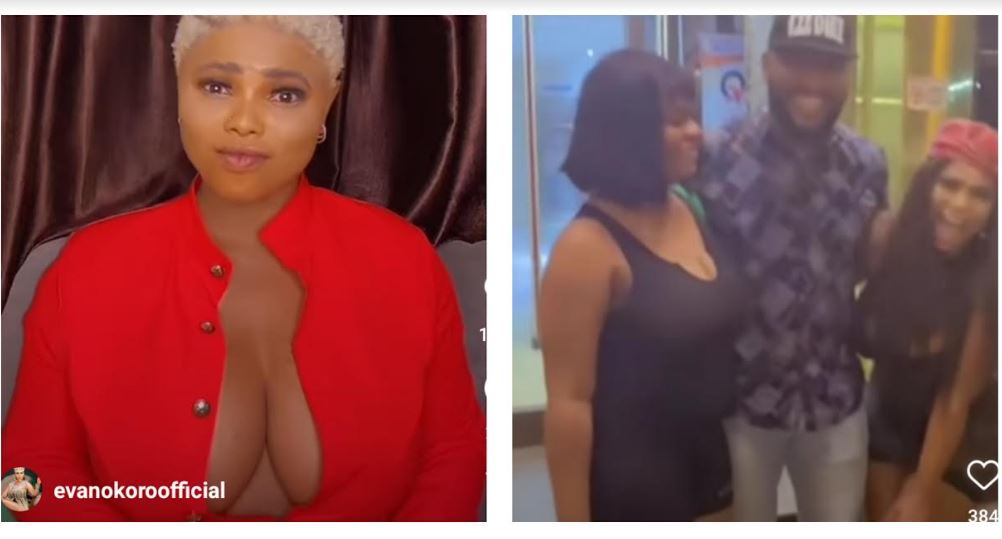 The actress on her Instagram page shared a video from the party.

In the video, Evan was seen posing with Yul Edochie along with a lady for a picture. While taking the picture the Ladies around kept yelling to Evan sweet in the middle and she responded by confirming she was actually sweet in the middle.

Nollywood actor, Junior Pope was also seen driving into the party venue and Evan was on hand to welcome him,

Meanwhile, as she welcomes Junior Pope she and the other ladies kept yelling sweet in the middle. Evan then bounces her enticing boobs for Junior to catch a glimpse of them.

Evan thanked Yul Edochie and Junior Pope for lighting up the sweet fire in her.

“@yuledochie,@jnrpope, thanks for lighting up the sweet fire in me, Evan wrote.