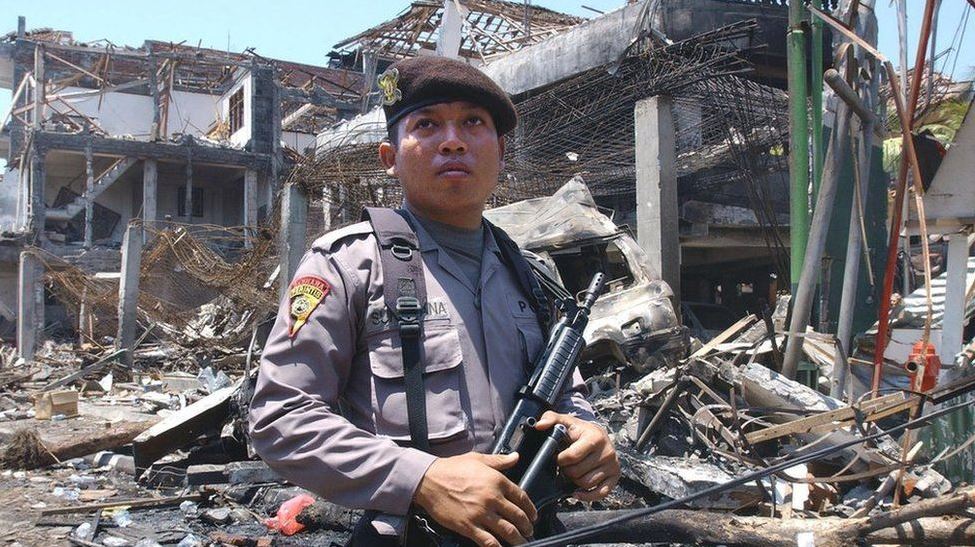 An Islamist militant was sentenced to 15 years in prison for orchestrating the 2002 Bali bombings and other fatal operations in Indonesia.

Bali bombings: Zulkarnaen was convicted guilty of terrorism by a Jakarta court.

Since the attacks, he had been on Indonesia’s most-wanted list and had eluded capture until December 2020.

88 Australians, 38 Indonesians, and 28 Britons were among those killed at Paddy’s Irish Bar and the neighbouring Sari Club.

Three individuals were executed in 2008 for their roles in the bombs, while a number of others have been imprisoned or killed by security forces.

After ten years in prison, a radical Muslim preacher linked to the Bali bombings was released last year. Former chief of Jemaah Islamiah, the al-Qaeda-inspired organisation behind the attack, Abu Bakar Ba’asyir. Prosecutors told the court that Zulkarnaen, also known as Aris Sumarsono, was a member of the same gang.

Christmas and New Year church bombings in Indonesia in 2000 and 2001, a blast at the Philippines embassy in Jakarta in 2000, the 2003 Jakarta Marriott hotel bombing, and the Australian embassy bombing in Jakarta in 2004 were all believed to have been carried out by a special squad under his direction.

The United States had set a $5 million (£3.7 million) reward for Zulkarnaen’s capture, and he confirmed that members of his crew were involved in the Bali bombings. According to the AFP news agency, he told the court that he was not informed about the attack in advance.

MUST READ:  Meet Saidu Faskari who attempted to sell his roofing sheets to raise kidnappers ransom

The judges were divided on whether or not this exonerated him of guilt.

“Because he was the team’s leader and they agreed on a strategy in Bali, it may be regarded agreeing to the plan,” the presiding judge stated.