Herry Wirawan: A life sentence has been imposed on an Indonesian teacher who raped 13 female students. 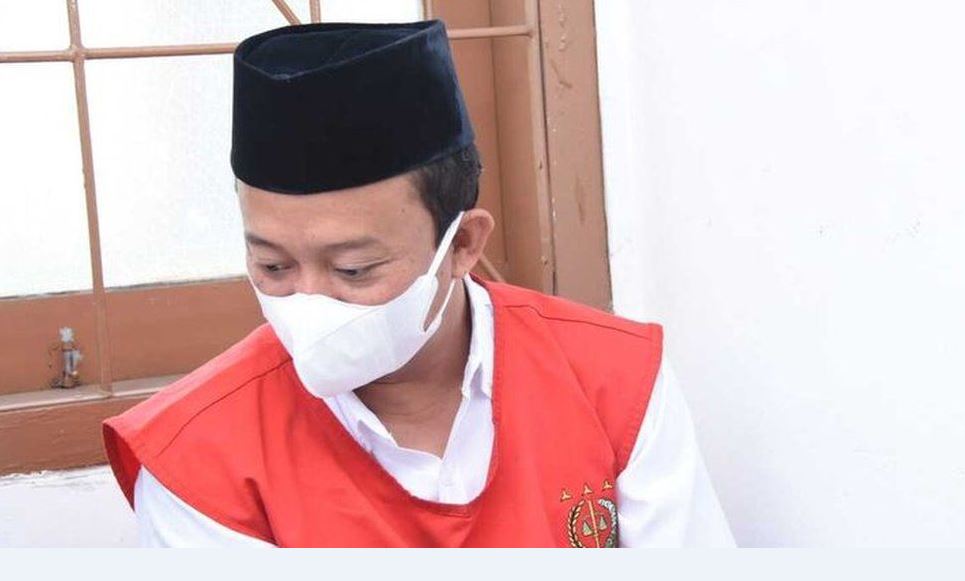 An Indonesian court has sentenced an Indonesian boarding school owner to life in prison for grooming and rapping 13 of his female students.

Herry Wirawan assault of females ages 11 to 16 has appalled Indonesians Since his case was made public last year,

Herry Wirawan, a religious teacher, had assaulted the girls and impregnated eight of them since 2016. They were the parents of nine children.

Prosecutors had requested the court to condemn him to death.

However, on Tuesday, a Bandung District Court bench ruled that the 36-year-old will be sentenced to life in prison.

They also rejected the prosecution’s request that Herry Wirawan be subjected to chemical castration.

The years of abuse were only revealed after the parents of one of the victims realized their child was pregnant in May of last year.

Wirawan has been sexually abusing pupils since 2016, when he started his Islamic boarding school in Bandung, West Java, according to the court.

Prosecutors claimed that Herry Wirawan enticed local students to his college by offering scholarships and other incentives to young people in the underprivileged area, according to local media.

The girls were particularly vulnerable, according to the court, because they were separated from their families and unable to communicate with them on a daily basis. Their phones were taken away, and they were only allowed to visit their families once a year.

Prosecutors had demanded the death penalty, as well as chemical castration and compensation for the victims in the amount of $300 million rupiahs ($21,000).

Wirawan’s tragedy reignited public outrage in Indonesia over high rates of sexual assault and abuse against women, prompting calls for the passage of a long-delayed sexual violence eradication bill.

For nearly a decade, women’s rights campaigners had lobbied for the bill to be passed, but conservative lawmakers had continuously postponed it.

Religious voices and Islamic organisations claimed that the bill, which attempted to criminalize sexual harassment, marital rape, and other types of sexual assault, also promoted sexual promiscuity, a contention that proponents of the bill strongly refuted.

Each victim will get up to 85 million Indonesian rupiahs ($5945; £4394) in compensation from the Indonesian government.