Insurgents Assault A Church Under Catholic Bishop Kukah Diocese,Kidnap Two Cleric and Others In Katsina

Insurgents Assault A Church Under Catholic Bishop Kukah Diocese, Kidnap Two Cleric and Others In Katsina

On Wednesday morning, gunmen believed to be insurgents broke into one of Katsina State’s parishes presided over by the Bishop of the Catholic Diocese of Sokoto, Matthew Hassan-Kukah.

MUST READ:  "Biggest heart I know"-Adesua Etomi pens glowing words to hubby,Banky W on his birthday 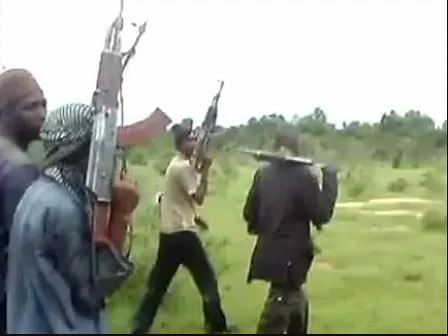 Rev. Fr Christopher Omotosho, Director of Social Communications for the Catholic Diocese of Sokoto, confirmed the development on Wednesday morning.

He claimed that the Catholic Diocese of Sokoto is under attack and that no information about the abductees’ whereabouts has been obtained.

Omotosho disclosed, “As at midnight of today, 25th May 2022, gunmen broke into the rectory of St. Patrick’s Catholic Church, Gidan Maikambo, Kafur LGA of Katsina State.

MUST READ:  Two killed and others injured as Gunmen attack church in Kogi

“The parish priest and his assistant Rev. Frs. Stephen Ojapa, MSP, Oliver Okpara and two boys in the house were kidnapped. No information as to their whereabouts. Kindly pray for their safety and release.”

Following his condemnation of Deborah Yakubu’s gruesome murder by her Muslim colleagues, rampaging hoodlums torched and vandalized some parishes presided over by Kukah in Sokoto on May 14.

The 200-level Home Economics student at Sokoto’s Shehu Shagari College of Education was charged with blasphemy against Prophet Muhammed.

Rioters also set fire to some of Kukah’s church buildings and set a bus on fire in one of the premises.

The Sokoto religious riot has spread to parts of Bauchi and Abuja in recent days, despite security agents and some northern governors warning against religious violence.