North Macedonia defeated Italy 1-0 in the World Cup playoff semi-finals; they will face Portugal for a place in Qatar on Tuesday. Portugal advances after a 3-1 victory over Turkey in Porto. Sweden will face Poland after defeating the Czech Republic in extra time. 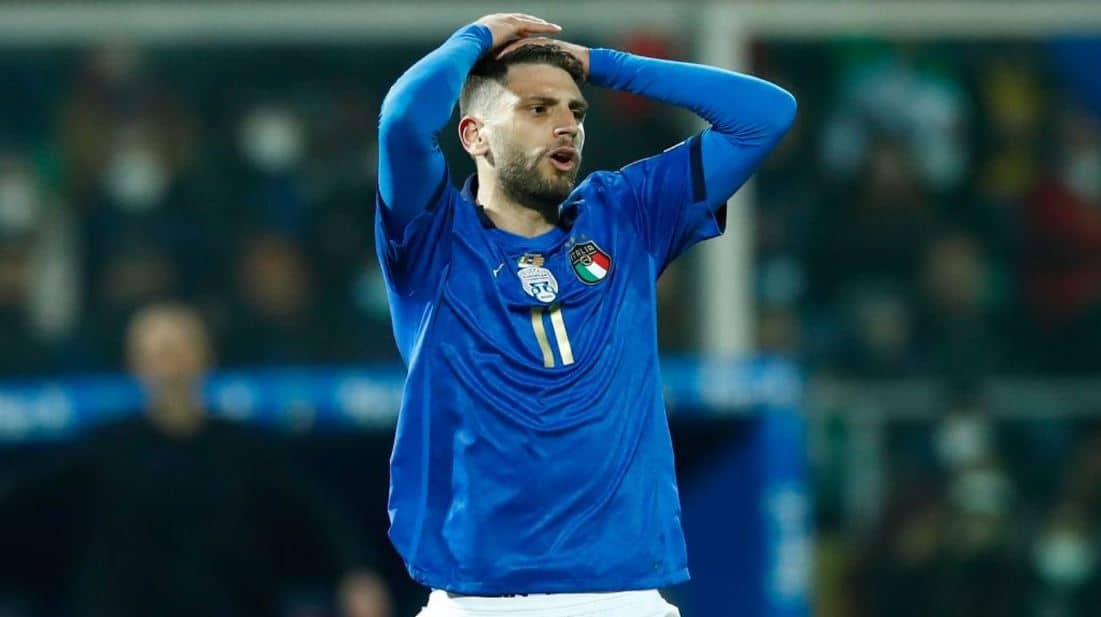 Italy was eliminated from the World Cup for the second time in a row after falling to North Macedonia 1-0 at home, with Aleksandar Trajkovski scoring the game-winning goal in second-half stoppage time.

Italy did not qualify for the World Cup four years ago, their first failure to do so since 1958, but they dominated from the start in Palermo and appeared to be on course for victory.

After the break, the hosts became more desperate in their search for a winner as chances came and went until, in stoppage time, Trajkovski arrowed in a stunning winner to spark wild North Macedonian celebrations.

Roberto Mancini’s Italy had 32 shots on goal in the match, but fell short, with North Macedonia going on to face Portugal in the World Cup play-off final on Tuesday.

Italy and midfielder Jorginho told Rai Sport, “It’s a huge disappointment, It hurts, it hurts a lot.” We’ve always created and dominated matches, but we’ve never been able to finish off teams. It is not to point fingers at anyone in particular, but it is the reality.

“I don’t know why we haven’t been able to do this, I am also involved in this, and it hurts me to think about it.”

Due to the absence of veteran pairing Leonardo Bonucci and Giorgio Chiellini due to injury, Italy’s makeshift defence was barely tested in the first half, with all of the action taking place down the other end.

Domenico Berardi had the best chance after being presented with the ball after North Macedonia goalkeeper Stole Dimitrievski misplaced a pass, but the Sassuolo forward’s shot was tame, and Dimitrievski came back to make the save.

Ciro Immobile also squandered a glorious first-half opportunity for Italy, blazing over the bar from a good position. After the break, Berardi was guilty of complacency once more, shooting over when he should have hit the target.

Italy’s nerves kicked in as the game progressed, and their finishing became more erratic. Mancini shuffled his lineup, giving Cagliari striker Joao Pedro his debut, but North Macedonia capitalized on their only meaningful attack of the game. 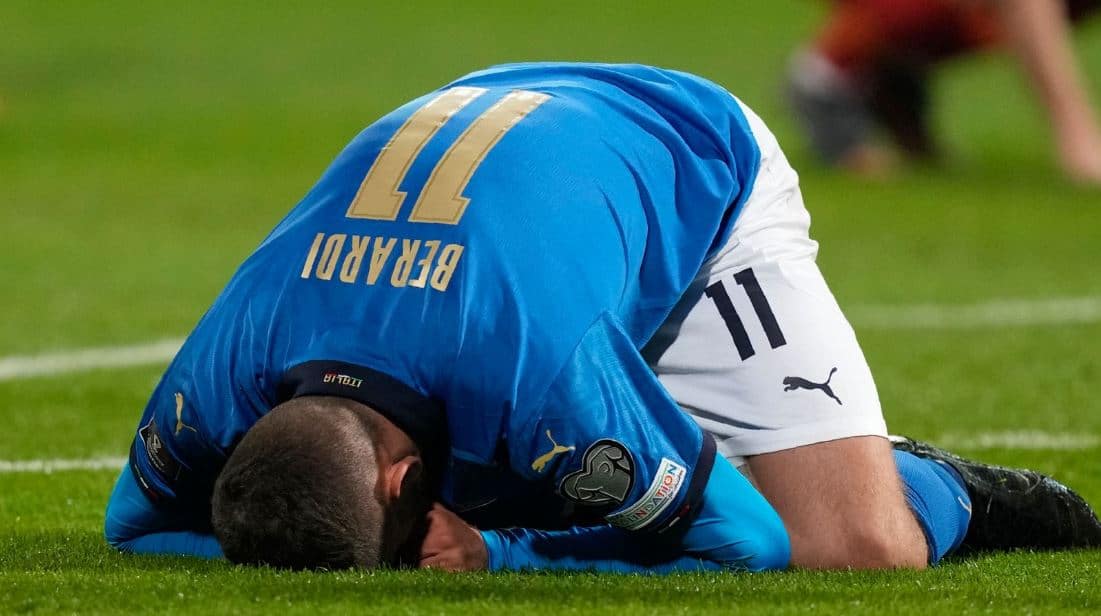 Italy will not participate in the second consecutive World Cup

Italy did not appear to be in danger, but Trajkovski, who plays for Al-Fayha in Saudi Arabia, had other plans, inscribing his name in North Macedonian folklore with a shot that crept inside the post to stun the home fans.

Portugal edging closer to the World Cup with a comfortable 3-1 victory over Turkey, whose striker Burak Yilmaz missed a penalty five minutes from time that would have tied the teams in their playoff semi-final on Thursday. 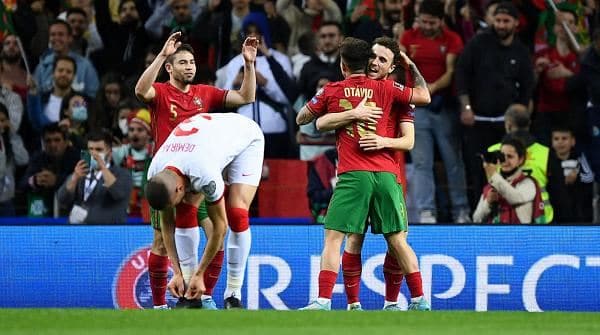 Portugal dominated the game from the start, going 2-0 up in the first half after Otavio scored one goal and created another for Diogo Jota in front of a sold-out Dragao Stadium in Porto.

However, Fernando Santos’ team was pegged back by a Yilmaz goal in the 65th minute, which had Portuguese fans on the edge of their seats as Turkey began to threaten.

In the 85th minute, defender Jose Fonte fouled Enes Unal inside the box, resulting in a penalty that Yilmaz fired high over the bar.

Portugal substitute Matheus Nunes relieved the pressure on the hosts with a counter-attack goal in added time.

After missing out on automatic qualification in November, they will now play North Macedonia on Tuesday, with the winner qualifying for the World Cup in Qatar in 2022.

Sweden substitute Robin Quaison scored in the second half of extra time to secure a 1-0 win over the Czech Republic and set up a clash with Poland next Tuesday for a spot in the World Cup finals in Qatar. 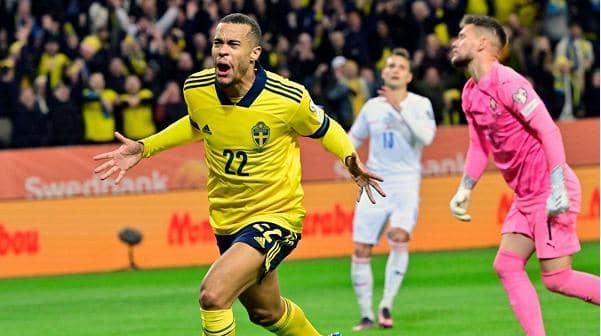 The Czechs had an early goal ruled out for a foul, and the Swedes dominated possession for the majority of the play-off semi-final, but the two sides struggled to break each other down in a game full of tough tackling and sloppy passing.

In normal time, substitute Mattias Svanberg came closest for the Swedes, but his header from Emil Forsberg’s corner was straight at visiting goalkeeper Tomas Vaclik.

After 90 minutes, the game appeared to be heading to penalties when Quaison danced through the middle of the defence before exchanging passes with Alexander Isak and coolly slotting home to move his team one step closer to Qatar.